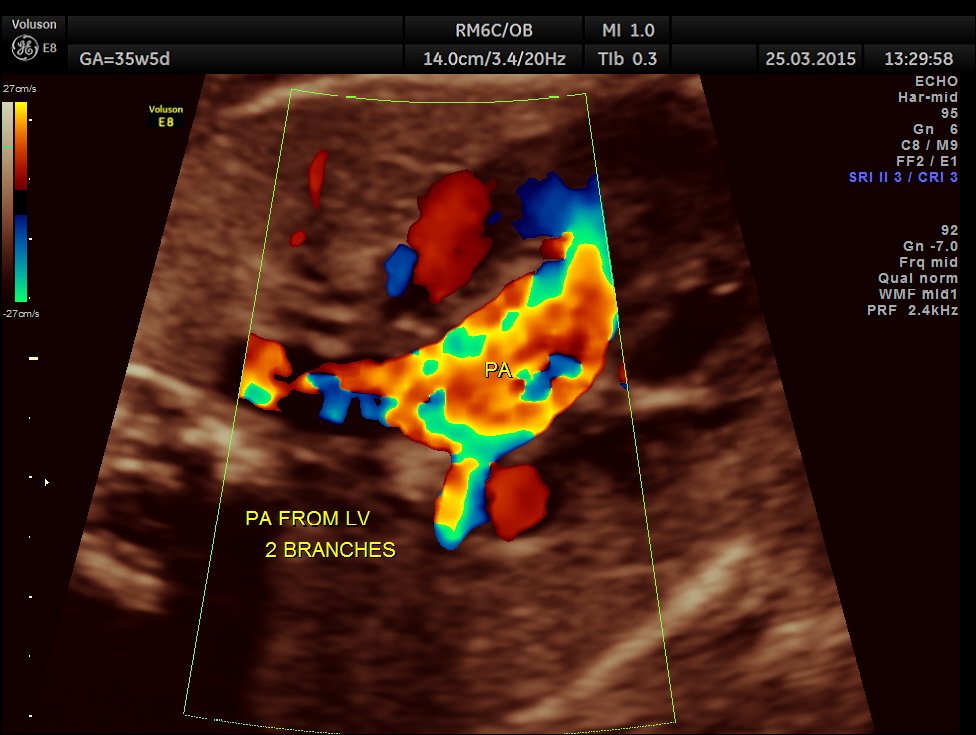 This was a 36 year old lady , gravida 4 , para 1 , live 1 ( normal child ) and abortion 2 ( MTP ). She was referred for 2nd opinion for cardiac anomaly suspected only at 36 weeks of gestation. She had earlier undergone scans thrice , but no abnormality was suspected.

The following findings were seen. 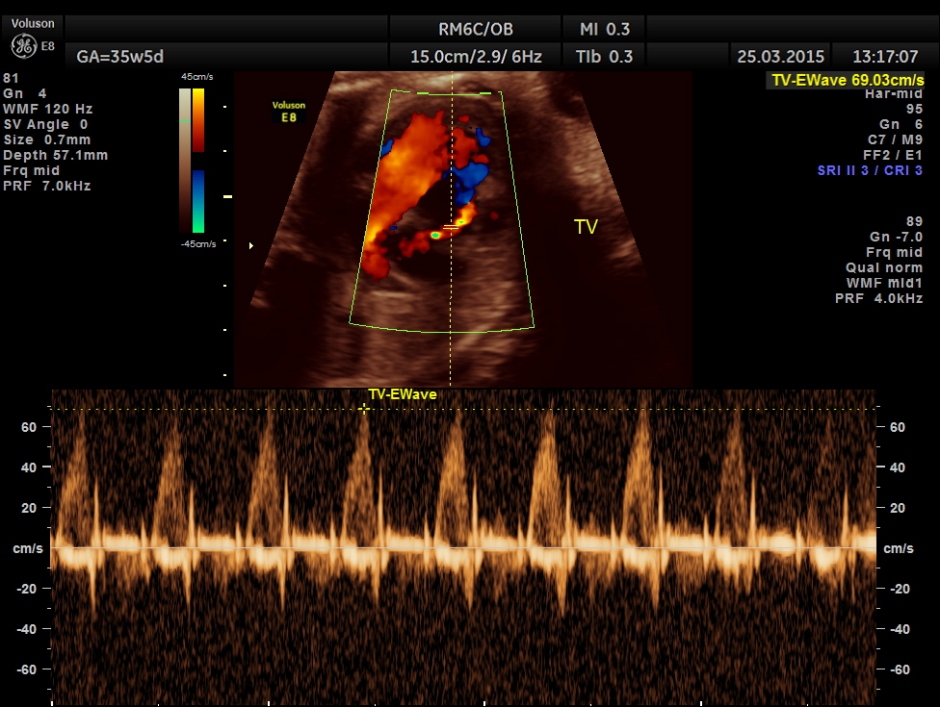 The artery coming out of left ventricle branches into two – suggestive of pulmonary artery. 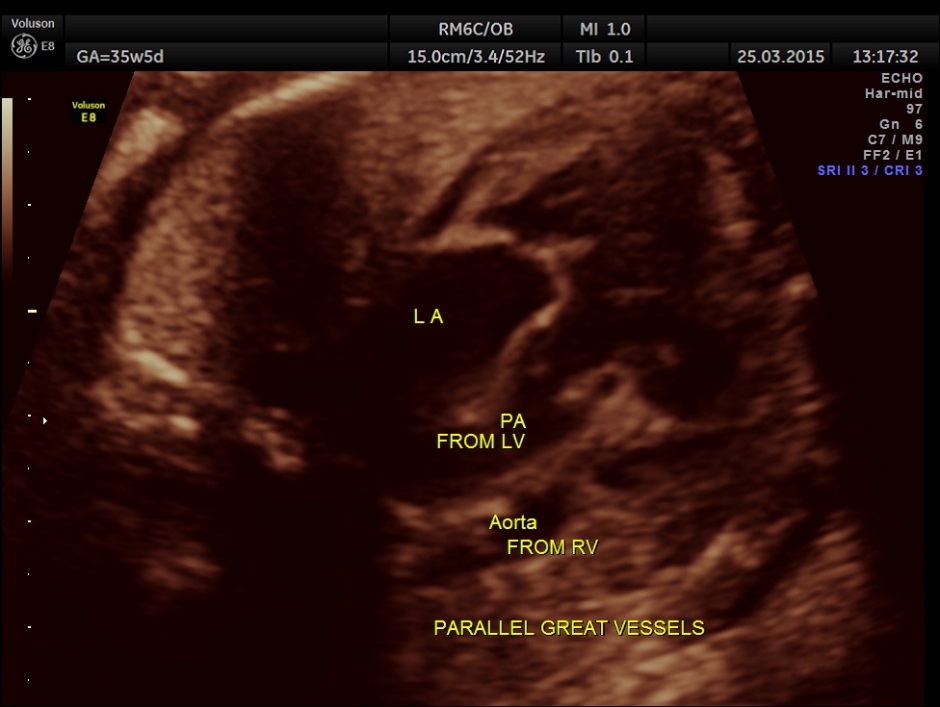 In the three vessel view , single big vessel is seen in a plane.

3 vessel view shows only a single vessel in a given plane. 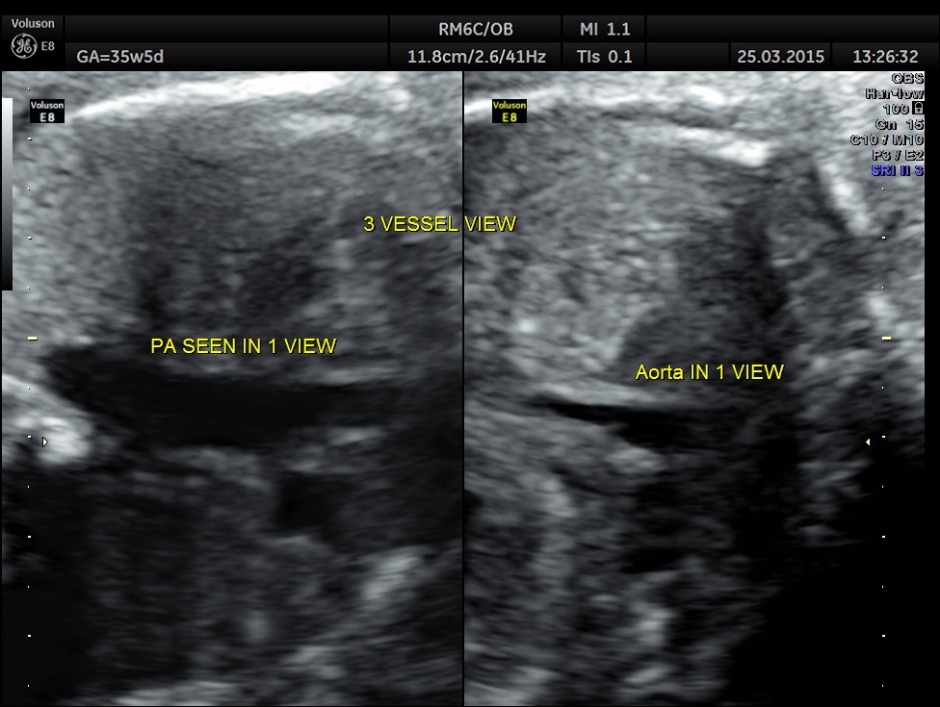 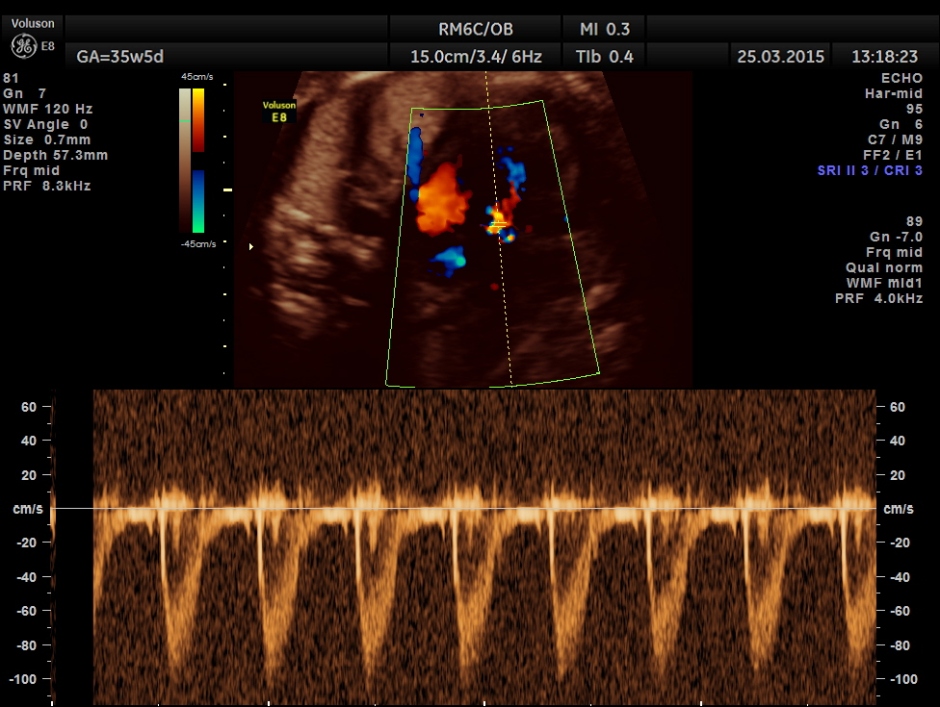 The 4 chamber view showed LV to be dilated.

The great artery arising from the LV branches into two suggestive of pulmonary artery.

3 Vessel trachea view show only one great vessel in a given plane.

In this patient the dilated left ventricle and the hypoplasia of the right ventricle are probably unusual findings in  Transposition of Great Arteries.

In this blog another case of T.G.A. has been reported earlier .

Despite its overall low prevalence, transposition of the great arteries is the most common etiology for cyanotic congenital heart disease in the newborn. This lesion presents in 5-7% of all patients with congenital heart disease. The overall annual incidence is 20-30 per 100,000 live births, and inheritance is multifactorial. Transposition of the great arteries is isolated in 90% of patients and is rarely associated with syndromes or extracardiac malformations. This congenital heart defect is more common in infants of diabetic mothers.

The primary anatomic subtypes are

(1) transposition of the great arteries with intact ventricular septum,

(2) transposition of the great arteries with ventricular septal defect,

(3) transposition of the great arteries with ventricular septal defect and left ventricular outflow tract obstruction, and

One thought on “TRANSPOSITION OF GREAT ARTERIES”