This was a 25-year-old primi referred for a 2nd opinion for Double Outlet Right Ventricle. No VSD was detected by the sonologist.

The following pictures belong to the patient.

The right ventricular inflow is seen in the following  picture. 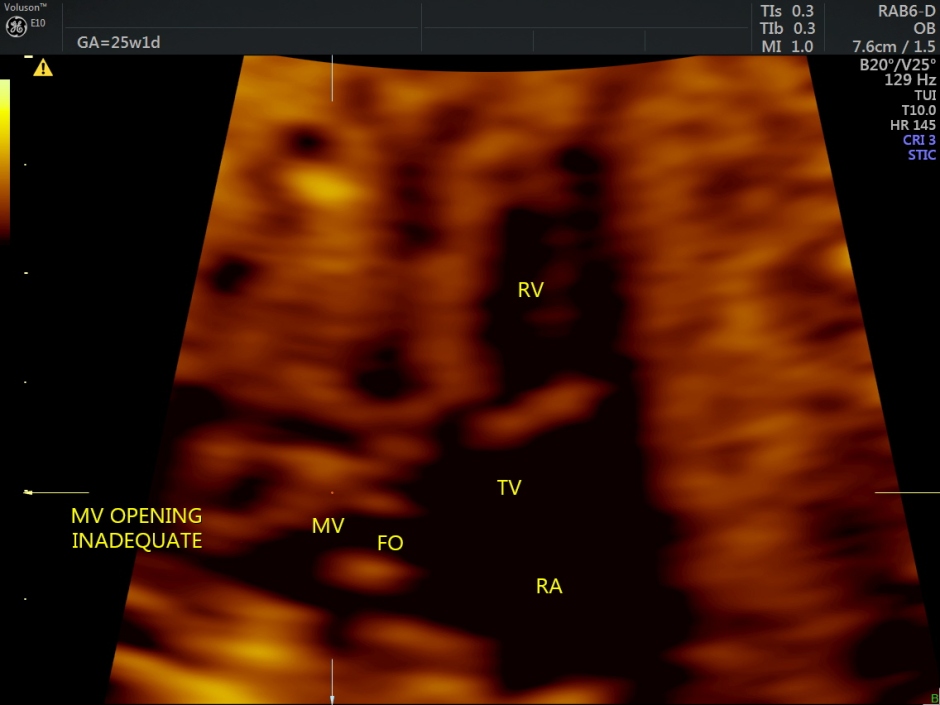 The right ventricular outflow is seen in this picture.

The right ventricular inflow is shown in the following two pictures.

The following are some reconstructions. 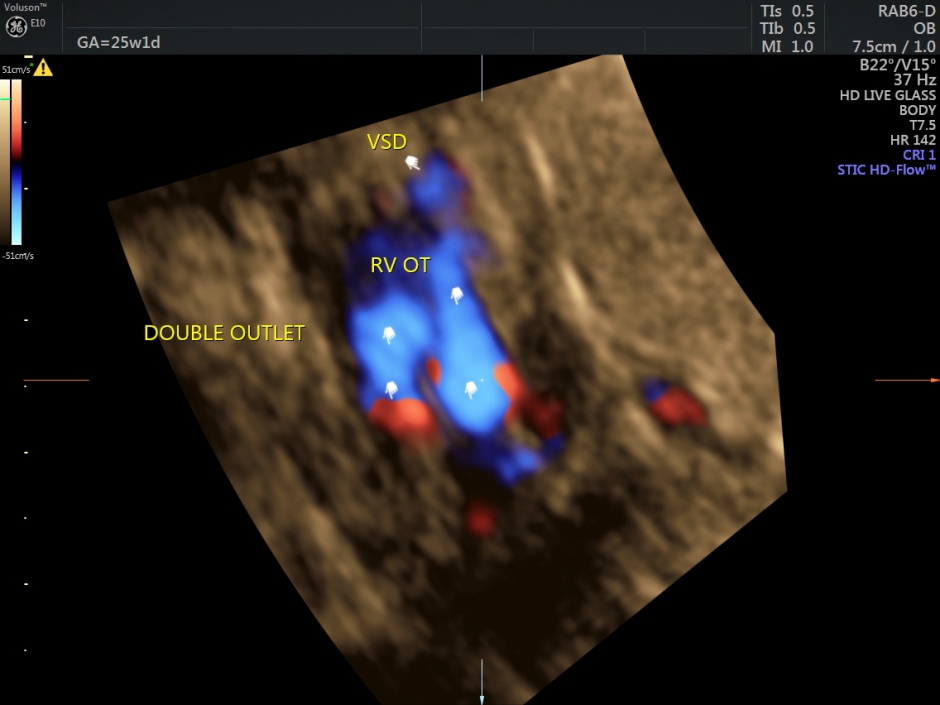 In addition to both of the great arteries arising from the same right ventricle, most DORV defects are accompanied by other defects. Additional defects that may be present include:

Important D.D. are tetralogy of Fallot and Transposition of great arteries.

What can be done :

This fetus showed left heart dysplasia, a small VSD and Double Outlet Right Ventricle with malposition of the great arteries.

In general, DORV with significant left heart dysplasia is a contraindication for bi ventricular repair surgeries.

This patient was lost for any further work up or follow up.

The following anecdote is for those who don’t mind reading some ” flash back ” stories.

This happened when I was doing my post graduation in MD. There was a great rivalry going on between the cardiology professor and one of the medicine professors. Due to some inexplicable politics, the ICCU, was under the control of the medicine professor. That was the time whe 2 d echo was still not available and the wavy M mode was the king. One 18 to 19 year old boy was admitted in our unit – a cyanotic, stunted gentleman with various murmurs all over the chest. Soon he was ” borrowed” by all units for the clinical discussion. Of course he was then discussed in the grand clinical meeting. The cardiology intern presented it as a Double Outlet Right ventricle, with a VSD and pulmonary stenosis. Of course the M mode was also discussed.

The medicine professor hotly contested the diagnosis and said it was a Tetralogy of Fallot’s . A super hot debate followed between the two professors and audience was split in support.The were planning a cath lab exam, which had to be done at a different medical college and it was all fixed.

One fine morning when we entered our ward, his bed was empty and to our sad dismay we learnt that the man had breathed his last in the early hours of the day. He had become very popular with all P.G students and we felt bad.