This was a 10 day old infant not moving the left lower limb with tenderness on left hip movement passively . Clinical suspicion was developmental dysplasia of hip and was referred for a scan .

The following images were secured .

This was diagnosed as type II C  of Graf 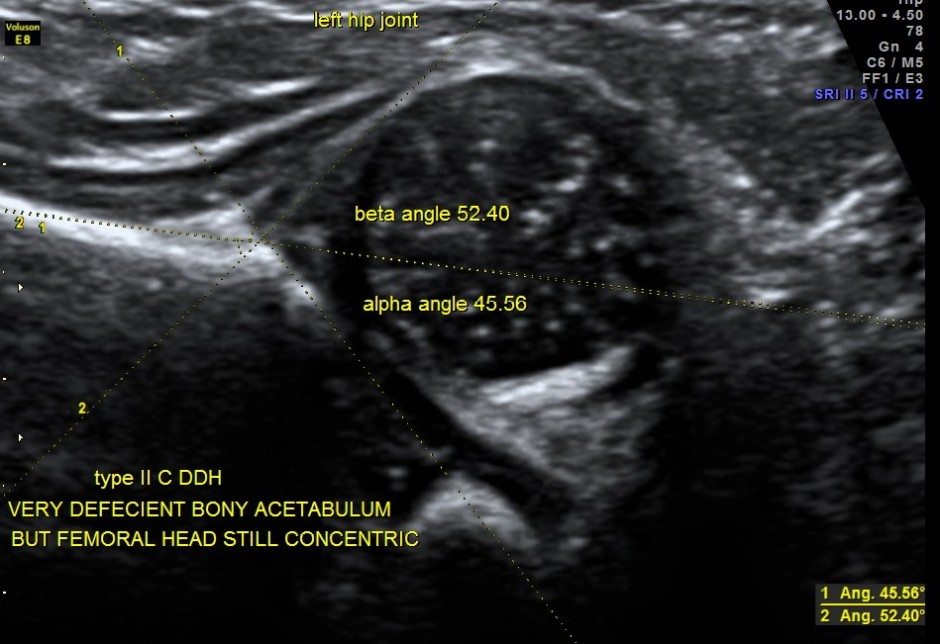 the next picture is the normal right hip for comparison

Kindly visit the following link for a brief info on Graf  classification ;

Graf proposed an ultrasound classification system for infant hips (see Developmental Dysplasia of the Hip (DDH) ) combining both alpha and beta angles. There are a number of additional subdivisions, which are often not used clinically.

As a general rule, the alpha angle determines the type and in some instances the beta angle is used to determine subtype.

If evidence of instability is present, a Pavlik harness should be considered and, if used, fitted appropriately