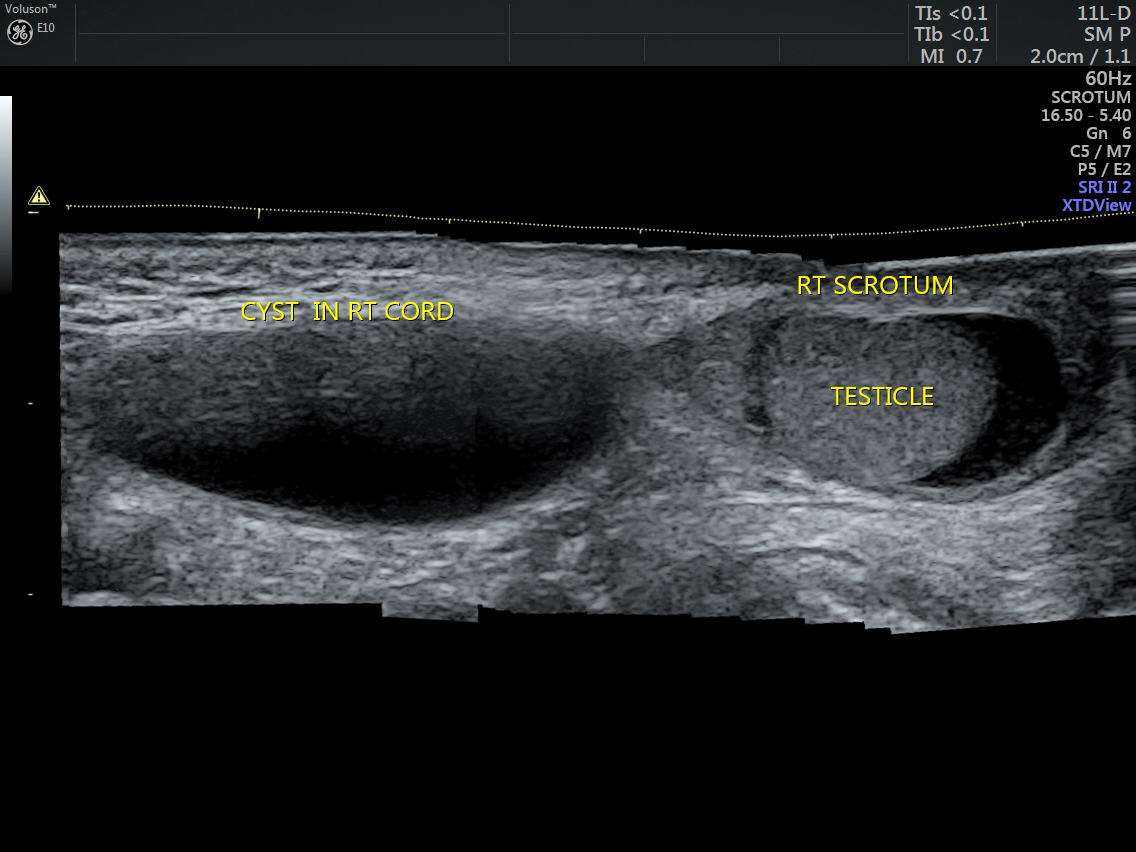 This was a 5 month old child referred by a surgeon for evaluation of right groin swelling. The clinical diagnosis of the surgeon was encysted hydrocele of the spermatic cord.

The child had a visible swelling in the right groin.

Ultrasound showed the two testicles in the scrotal sac and a cystic swelling above the right testis, distinctly separate from the same. Both the testicles appeared to have normal echotexture. 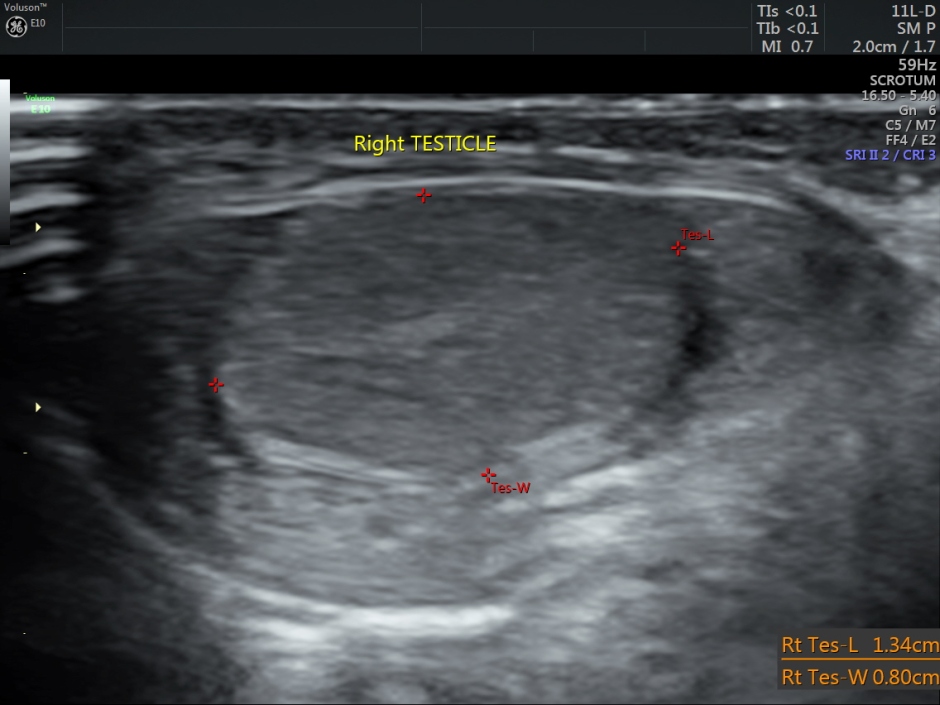 Panaoramic view of the same is given below.

Hydrocele of the spermatic cord is a rare anomaly that results from an aberration in the closure of the processus vaginalis.

It is a loculated fluid collection along the spermatic cord, separate from the testis and the epididymis and located above them.

Clinically it manifests as groin swelling that is indistinguishable from a mass at palpation. There are three types of spermatic cord hydrocele:

A communicating hydrocele is associated with complete patency of the processus vaginalis. At US, it appears as a fluid collection that extends from the pelvis through the deep inguinal ring to the scrotum.

A funicular hydrocele is a result of abnormal obliteration of the deep inguinal ring, with constriction just above the testis. At US, it resembles a peritoneal diverticulum, appearing as a fluid collection that communicates with the peritoneum at the deep inguinal ring and that does not surround the testicle . A funicular hydrocele may contain fibrous adhesions, the remnants of partial constrictions and inflammatory changes . The resultant beaded appearance of the spermatic cord and thickened tunica vaginalis gave rise to the term pachyvaginalitis . Funicular hydroceles become larger with increased intra-peritoneal pressure during straining and smaller during relaxation. They are prevalent in children and premature infants; however, they may be incidentally discovered in adults. They are considered a type of potential indirect hernia, and herniotomy usually is performed.

An encysted hydrocele is enclosed between two constrictions at the deep inguinal ring, just above the testis. It does not communicate with the peritoneum.

An encysted hydrocele may be located anywhere along the spermatic cord. It may be any size or shape, but it does not change with increased peritoneal pressure. At US, an ovoid or round mass is seen in the groin along the spermatic cord; internal echogenicity varies depending on the contents. The presence of cholesterol deposits may explain an isoechoic appearance of the mass.

This appears to be a ENCYSTED HYDROCELE OF THE SPERMATIC CORD.

The following references will give more information.

One thought on “SPERMATIC CORD HYDROCELE”