This was a 30 year old lady sent for scan around 30 weeks of gestation.

The following pictures depict the findings :

The basic structure of the cerebral hemispheres is lost, with variable amounts of residual cortex. Features include : 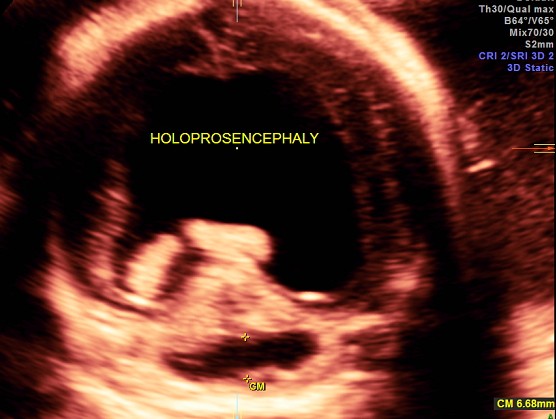 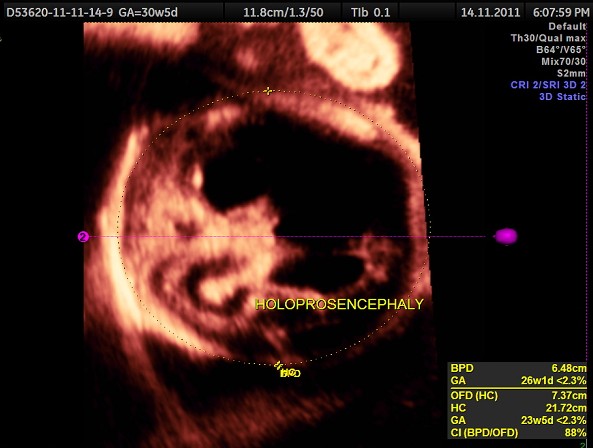 As with all types of holoprosencephaly, it is a rare congenital brain malformation in which there is failure of complete separation of the two hemispheres (which usually occurs around the 4th to 6thweeks) and failure of transverse cleavage into diencephalon and telencephalon.