sorry for the long gap in posting a case .

the last case was vesical calculi ; this one was a urinary bladder carcinoma .

47 year old man presented with complaints of  painless hematuria ; he had a similar self limiting  episode 3 months ago , which he ignored.His ultrasound pictures are given below

an irregular mass lesion seen in the lateral wall

the next is a 3 d reconstruction , which shows the prominent median lobe prominence adjacent to the mass. 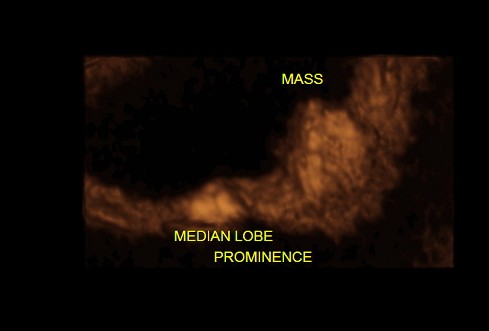 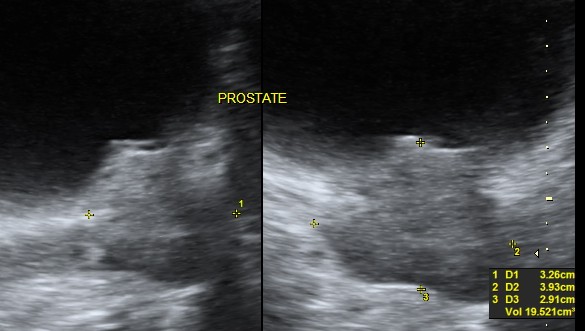 the median lobe prominence is well appreciated in the 2 d image also.

the next is a post void picture showing the mass

this patient underwent surgery and histopathology proved the diagnosis of bladder carcinoma and he is doing well now.