This post has to be treated as part 2 of the last post – ASYMMETRY OF VENTRICLES – LV SMALLER THAN RV.

The following conditions should be thought of  :

and rarely due to

5. Restricted Ductal Flow due to kinking of Ductus Arteriosus

Most importantly this could be a normal fetus.

Out of these diagnosing Co-arctation of Aorta and T.A.P.V.D. antenatally could have major implications in prognosis.

TAPVC  is a condition where all the pulmonary veins drain directly or indirectly into the right atrium.

The 4 chamber view shows enlarged RA  and  RV  and a confluence venous chamber behind the left atrium.

The 3 vessel trachea view shows a dilated Pulmonary artery and a vertical vein as the 4th vessel.

This was a 37 year old lady , a primi gravida referred for evaluation of  intra uterine growth restriction. As per LMP the GA was 32 w 3 Days, but as per AUA the GA was 26 weeks . All the long bones were < 5.0 % tile. But cerebellum was 42.7 % tile. There was severe symmetrical growth restriction . 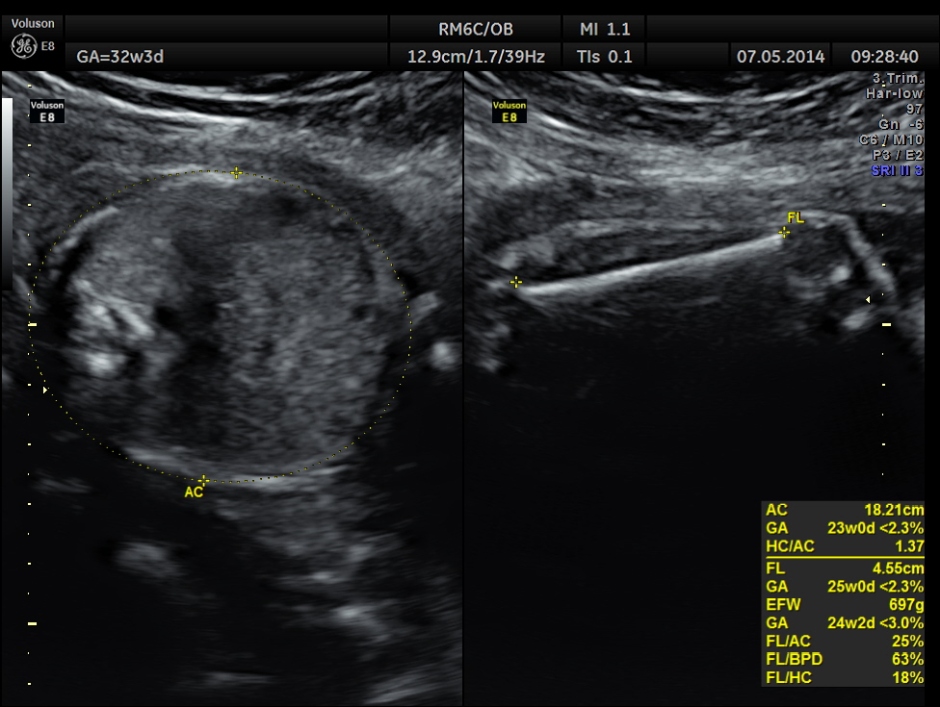 The echo pictures are given below. 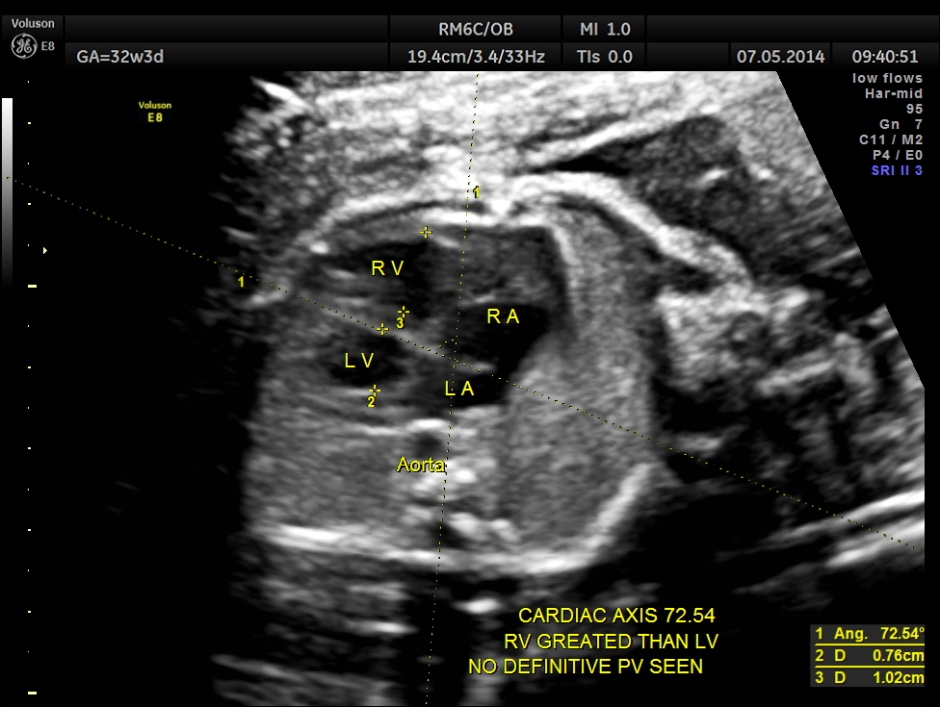 The situs appeared to be normal.

The following is a glass body imaging with a low flow setting. No pulmonary vein draining into LA could be made out.

The following picture is a glass body reconstruction  showing the pulmonary vasculature.( given for comparison ). 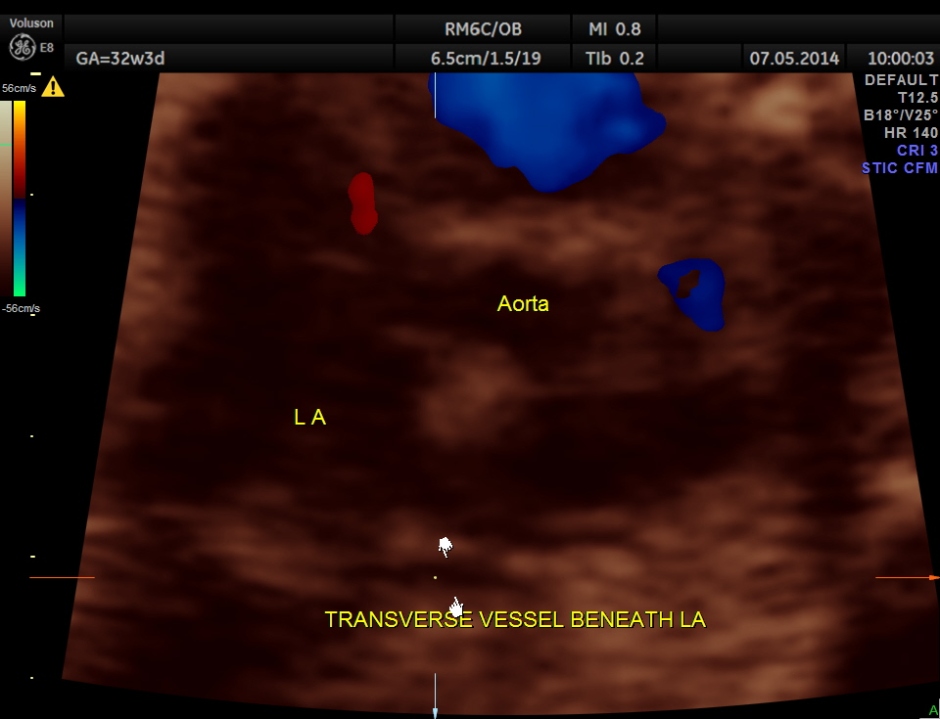 Ductal arch is prominently dilated in comparison to the aortic arch and there appears to be a flow reversal also. 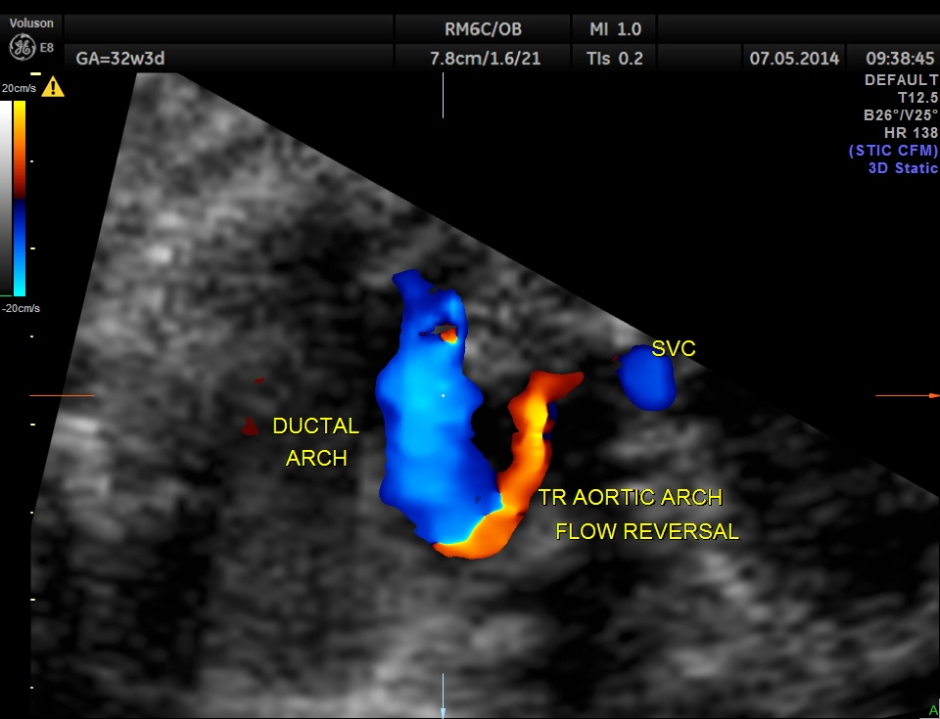 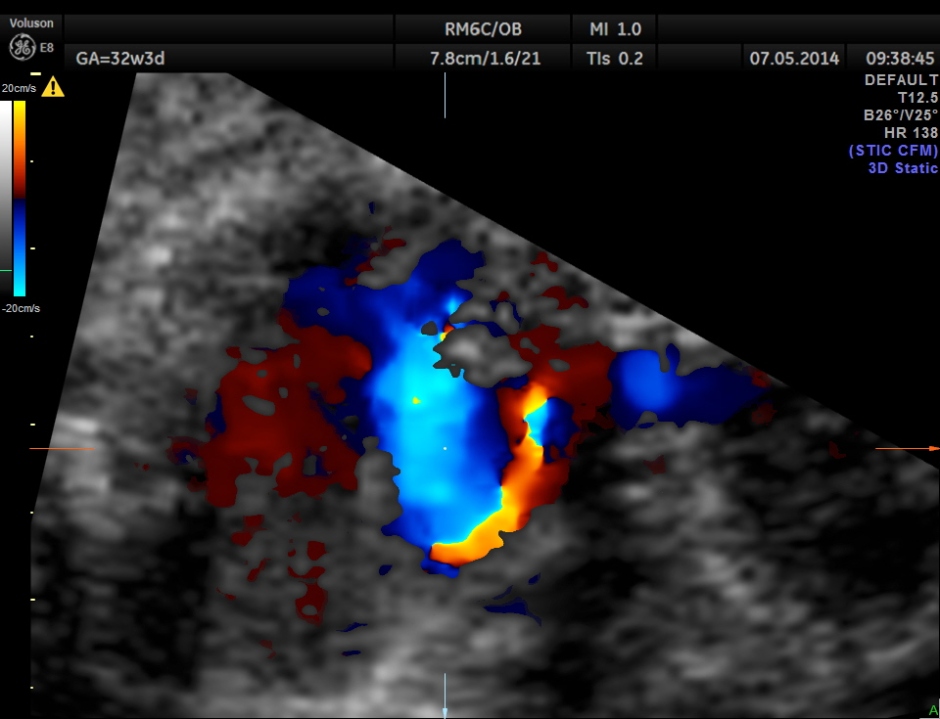 3 vessel view also shows the pulmonary artery to be bigger in size than the aorta. 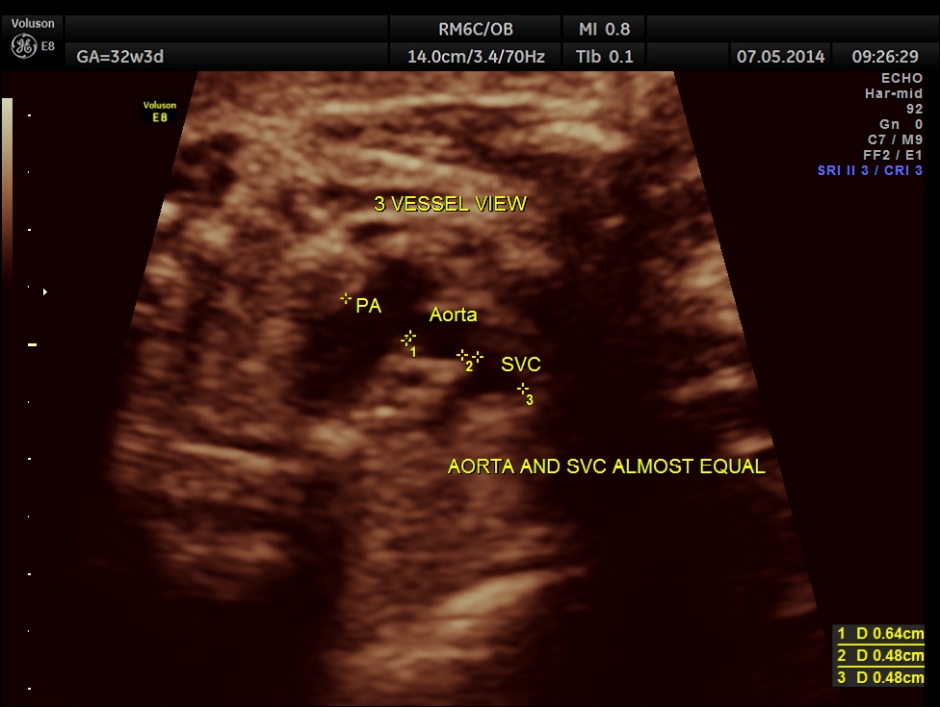 So a probable diagnosis of Total Anomalous Pulmonary Venous Connection with severe symmetric fetal growth restriction was offered. The patient apparently went into a spontaneous abortion and no autopsy study was done. So there is no confirmation again.