Recently as I was hoping to wind up work after a long day, I received a call from my orthopaedician friend asking me to do an urgent scan.

This was a 36 year old man who fell down from a tractor and it ran over his left thigh . He was taken to an ortho consultant in a state of shock . After stabilisation , the left lower limb pulsations were not felt from the popliteal artery downwards.

He was sent for an emergency scan to assess the left lower limb arteries. 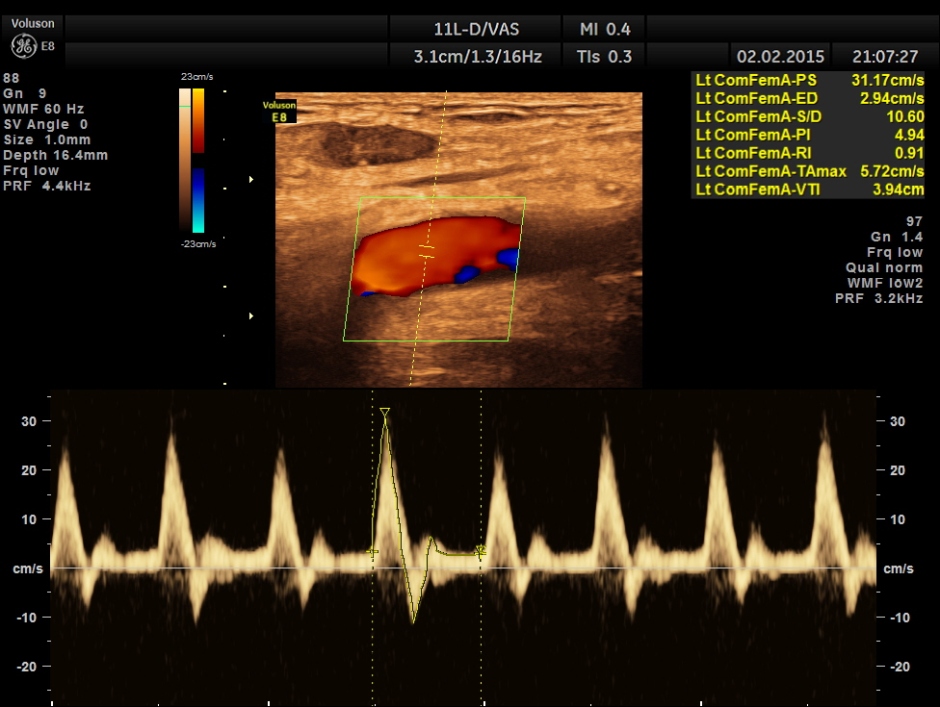 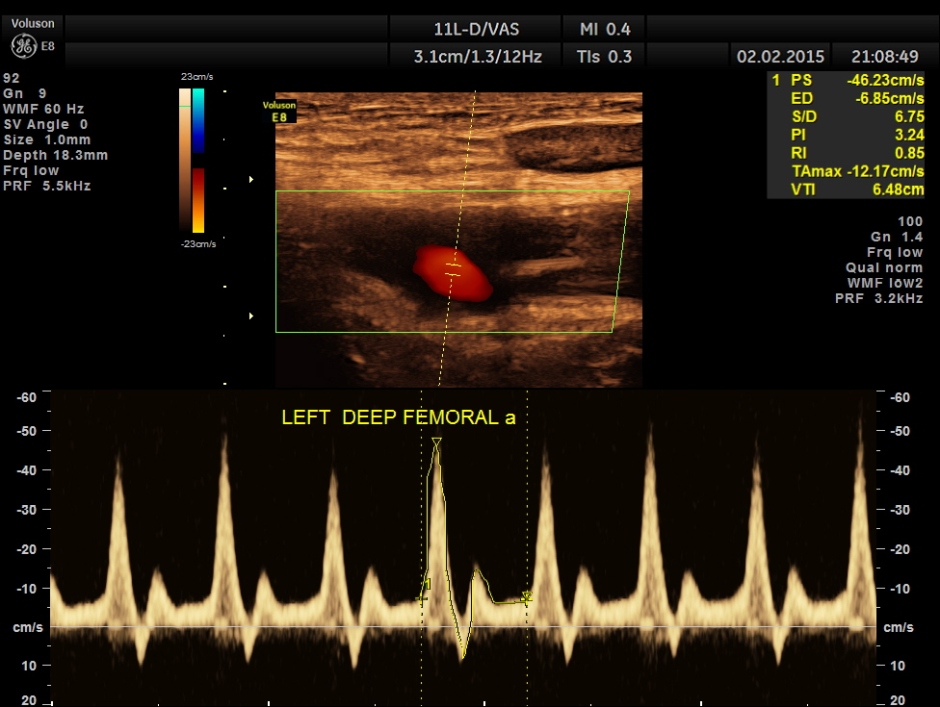 the following pictures show progressive fall of peak systolic velocity with no flow made out in the distal superficial femoral artery. 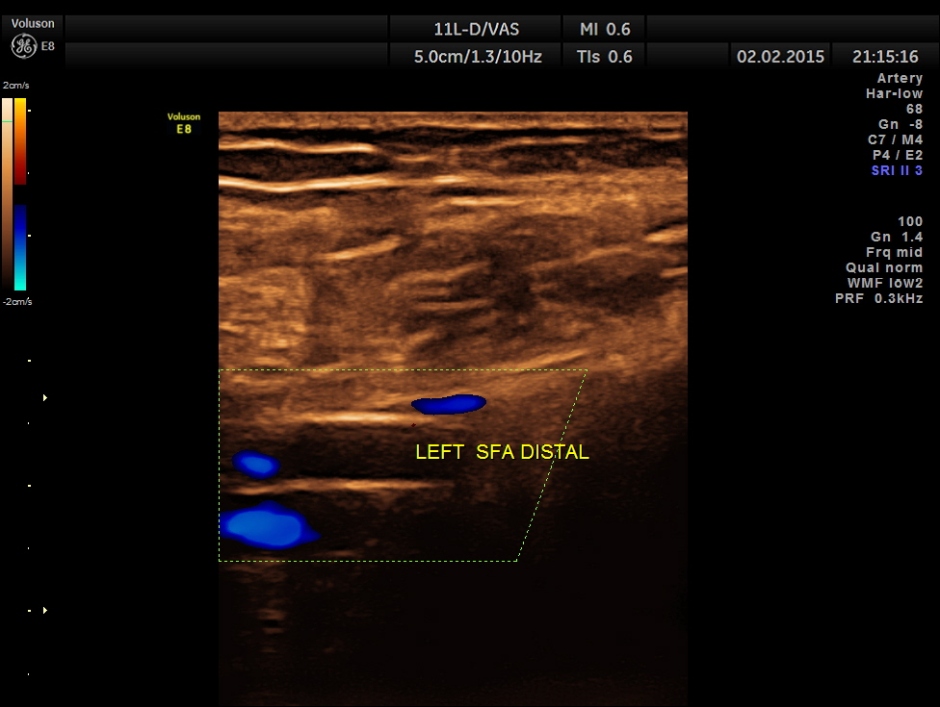 the severely damaged muscles of the thigh 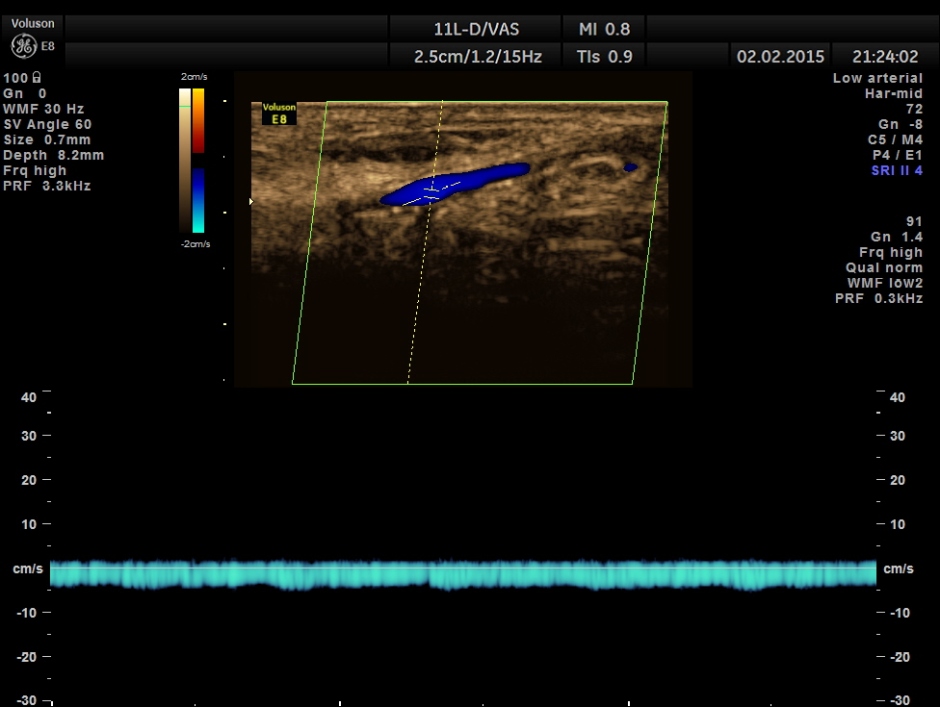 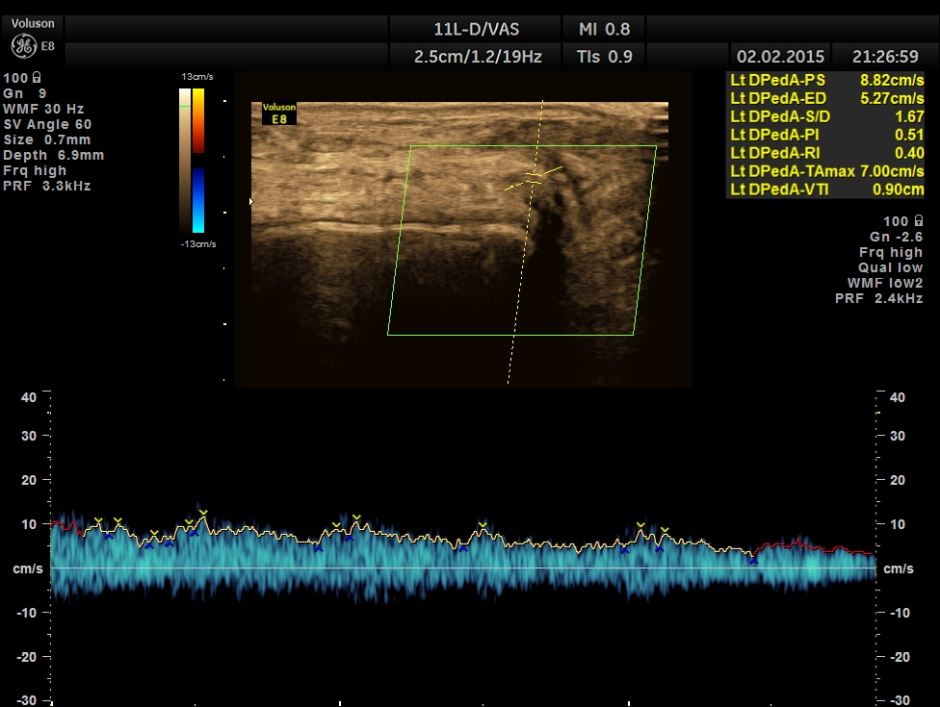 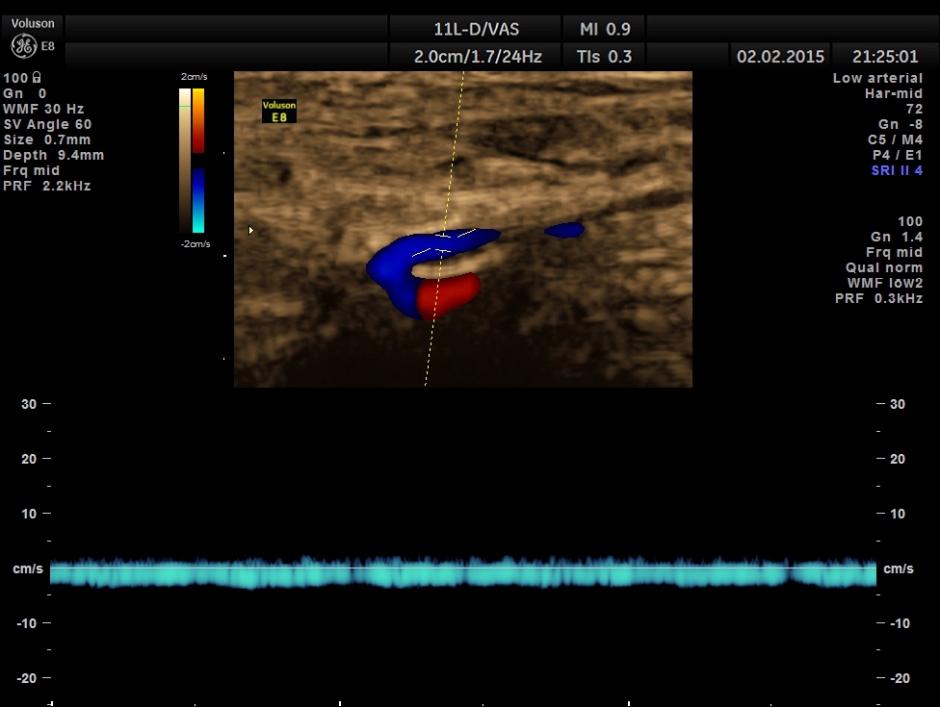 i suggested that there could be an injury to the left superficial femoral artery , probably in the distal segment.

A vascular surgeon , who had already seen the patient felt exploration of that area was worthwhile and did that.

He found that there was a thrombus  and a vessel tear beyond the adductor canal , close to the femoro popliteal junction . The thrombus was lysed with intra arterial heparin and the vessel was repaired . Within the next hour the patient regained pulsations in the distal arteries and in the next few hours the injured muscles also showed clinical improvement.

The next day my friend called me and said that his limb was salvaged.

The time frame is given below:

4.00 pm – he was seen by the orthopaedic specialist

9.30 pm – the doppler report was conveyed

1.30 am – the vascular surgeon started his work and completed in 3 hours time

I felt happy to have been part of this exciting work.

12 thoughts on “A BAD ACCIDENT”