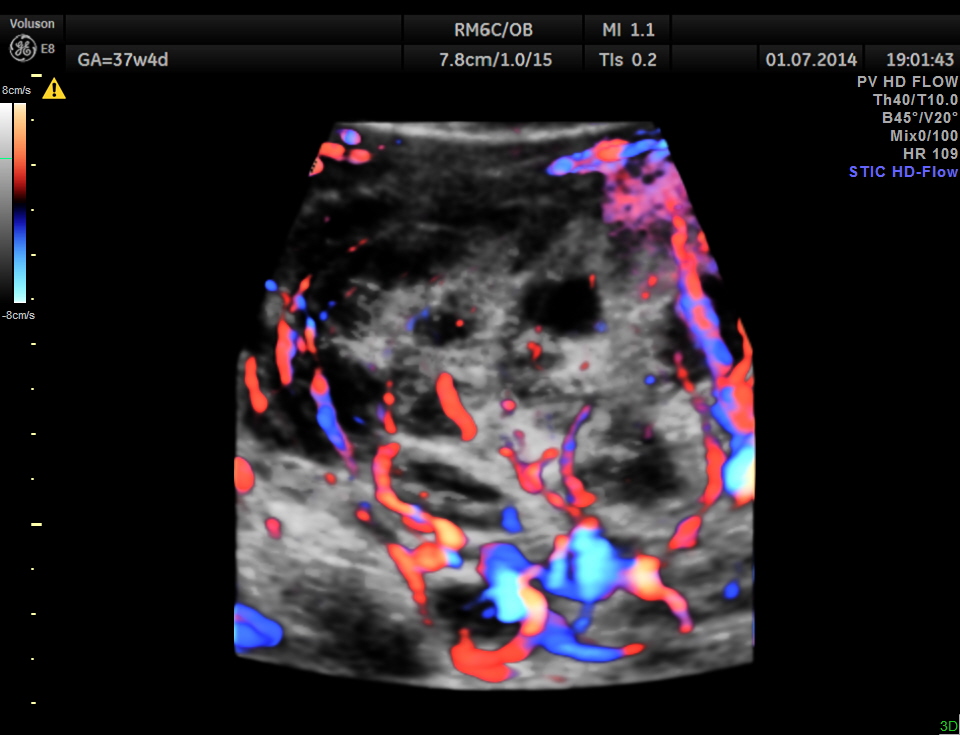 This was a 27 year old lady , primi , sent for second opinion about placenta. She had a normal 1st trimester scan report done around 13 to 14 weeks . The placenta was reported as normal and the accompanying picture appeared normal. This was done at another centre. The next scan was around 20 weeks , when the placental abnormality was noted and she was sent for a second opinion. 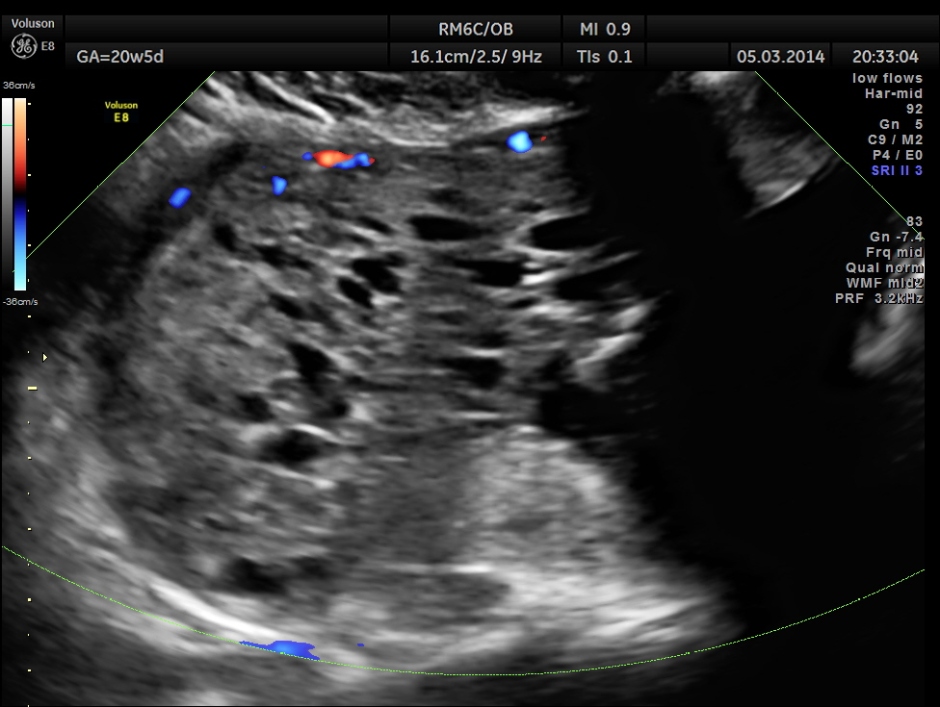 Umbilical artery doppler appears to be normal for the GA.

Cord insertion seems to be at the junction of the  normal and abnormal regions. 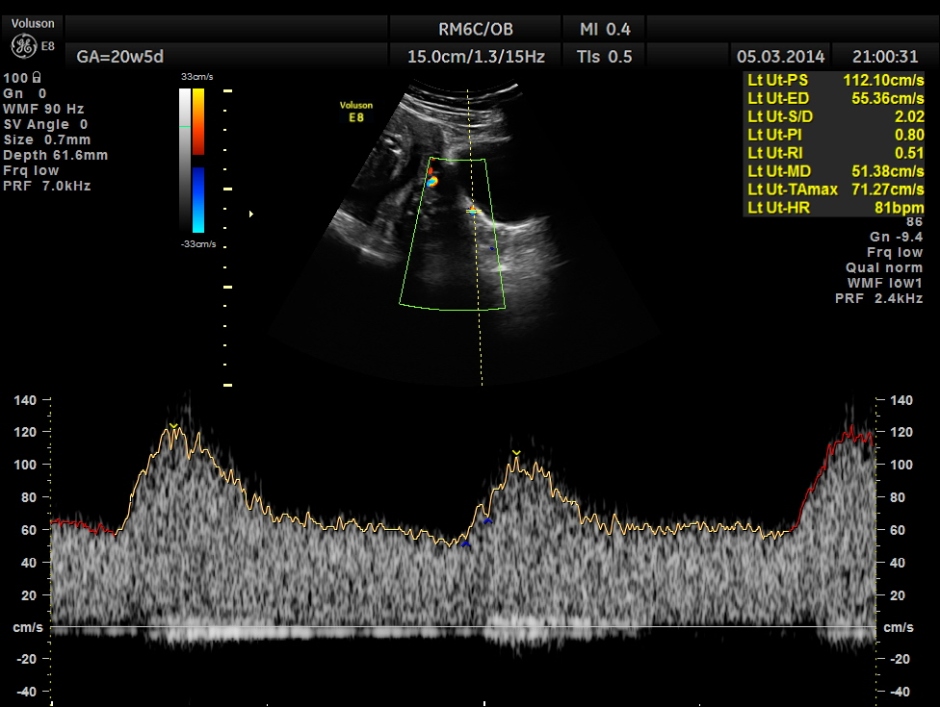 All other findings appeared to be normal.

In the earlier report , it was suggested as a possible partial vesicular mole  or a placental dysplasia. After reviewing the 1st trimester scan report , I felt that vesicular mole was unlikely as it could not have appeared after 14 weeks and gave a diagnosis of PLACENTAL DYSPLASIA with advise for periodic follow up. The patient wanted another opinion and went to the referral centre at Chennai , where they had again given the differential diagnosis of partial vesicular mole  or placental dysplasia.

The patient was again seen  after 2 months , when the findings were very similar. 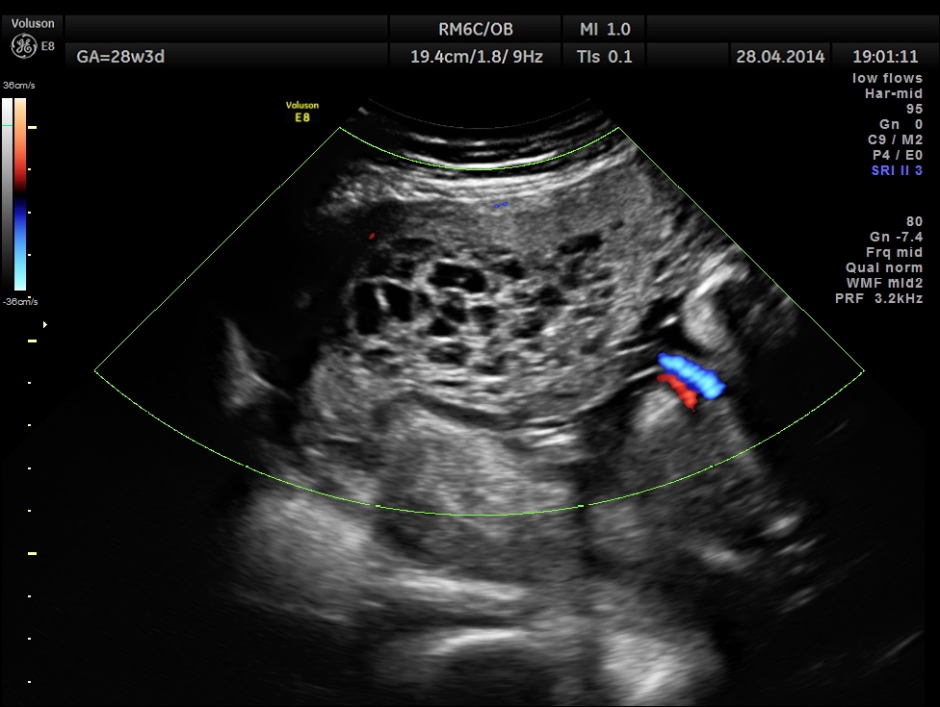 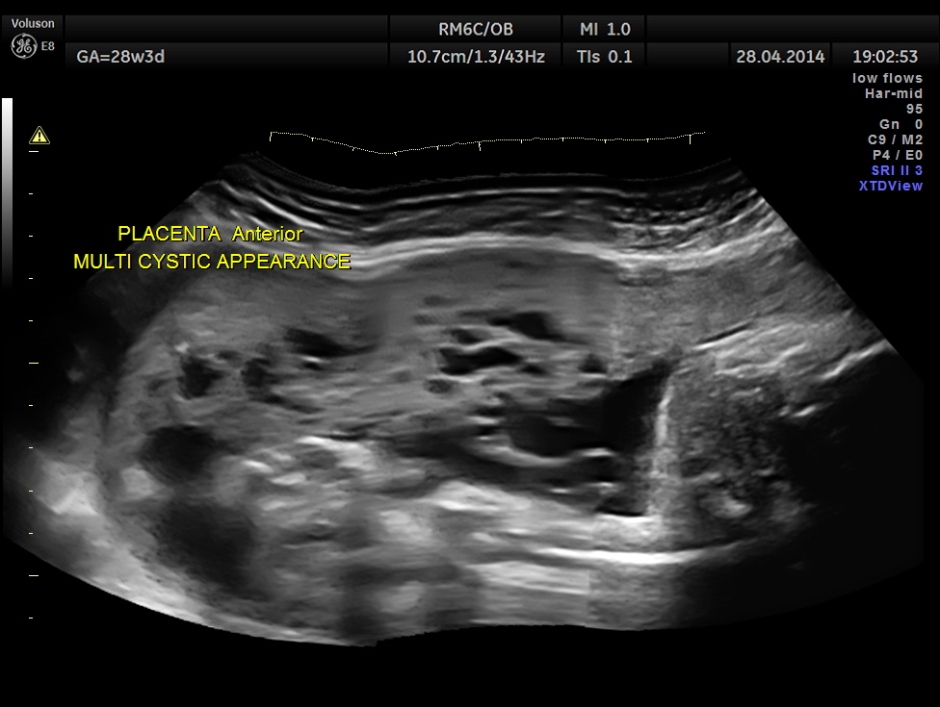 Spectral Doppler pictures are given below.

Umbilical arterial arterial P.I. and R.I. are high for the GA. and the cerebro placental ratio appears to be  borderline  > 1.0 and < 1.1  for the R.I. 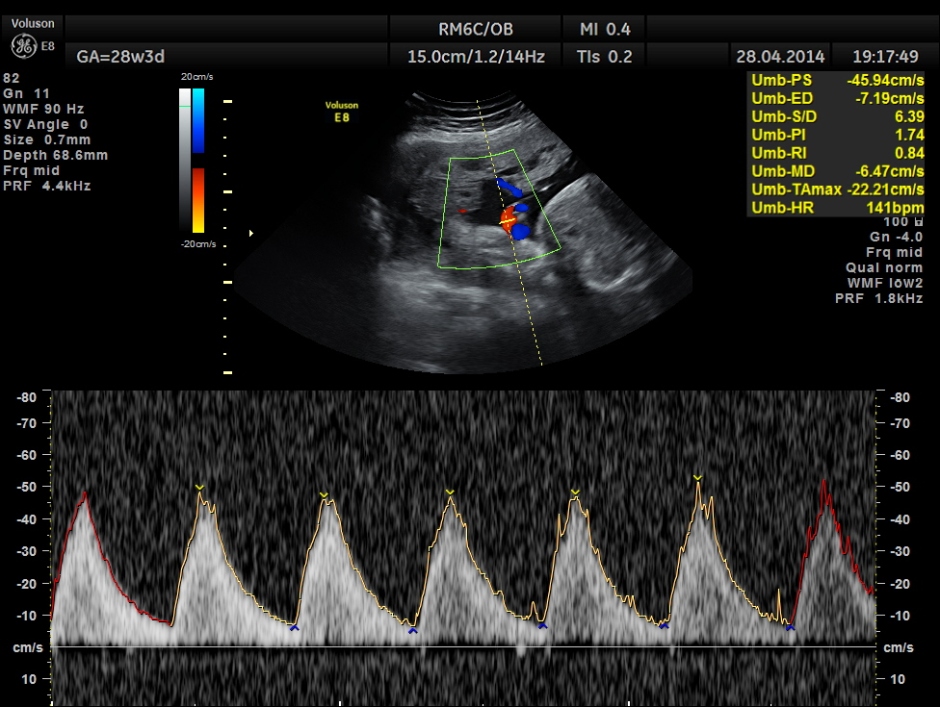 She came again after 2 months  .The placenta appeared nearly the same , but showed more vascularity.

The spectral Doppler pictures are given below

The patient went into labour a week later and had a normal delivery .

The placenta was sent for histo pathology and the report came as MESENCHYMAL DYSPLASIA OF THE PLACENTA.

Some useful links are given below :

Although PMD may be associated with fetal growth restriction or paradoxically with features of overgrowth, it is important to identify these cases prenatally to reduce fetal morbidity and mortality. It is also important to recognize the detailed gross and histopathologic features of this rare disease entity and be able to differentiate this condition from cases presenting as possible partial hydatidiform moles especially in the first half of pregnancy.

Prenatal recognition of PMD during early as well as late gestation could prevent unnecessary termination of pregnancy.

Placental mesenchymal dysplasia in early pregnancy is more likely to be mistaken for a partial mole especially by ultrasonographic examination.

Ultrasonographic findings suggestive of a molar pregnancy because of hypoechoic spaces in the placenta in the presence of an apparently normal fetus, a fetus with growth restriction, or a fetus with features of overgrowth should raise the possibility of PMD.