It has been suggested that the normal endometrial thickness in a post menopausal woman is 5 mm.

This was a 53 year old post menopausal lady who was evaluated for intermittent leucorrhoea. She had a carcinoma of breast and was operated earlier. She was on T.Tamoxifen for the past 3 years.The endometrial thickness was between 5.75 to 6.43 mms .Colour doppler showed increased vascularity. 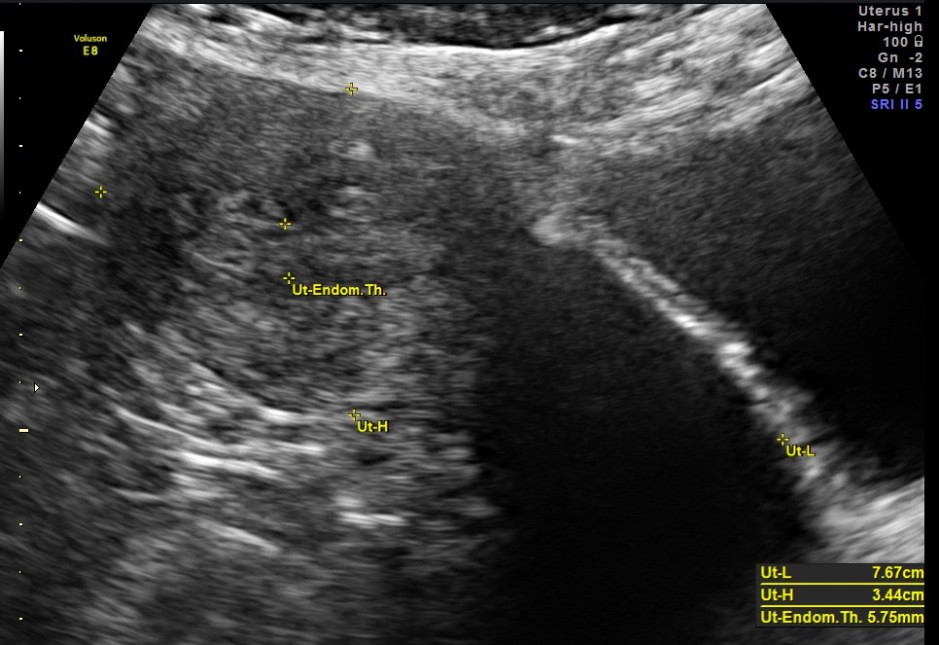 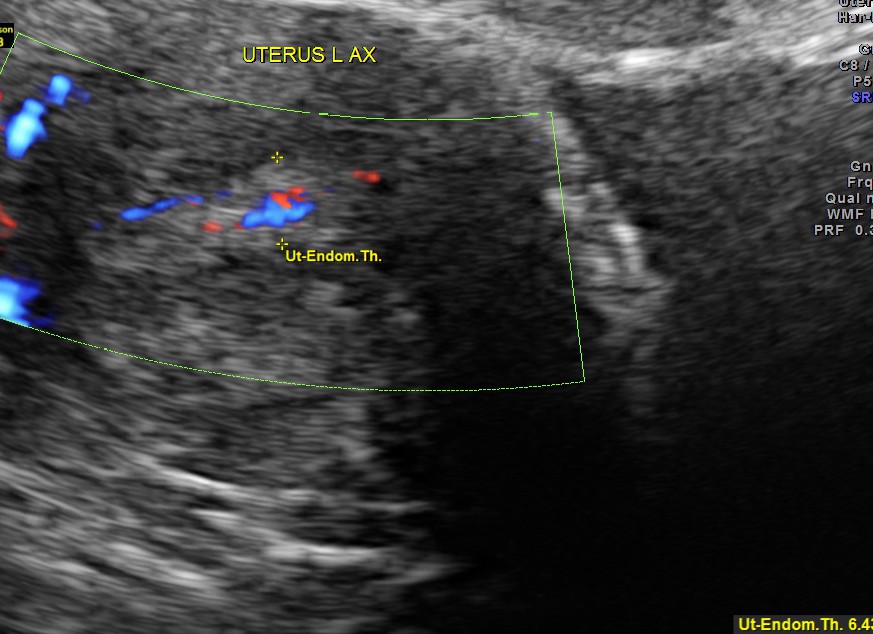 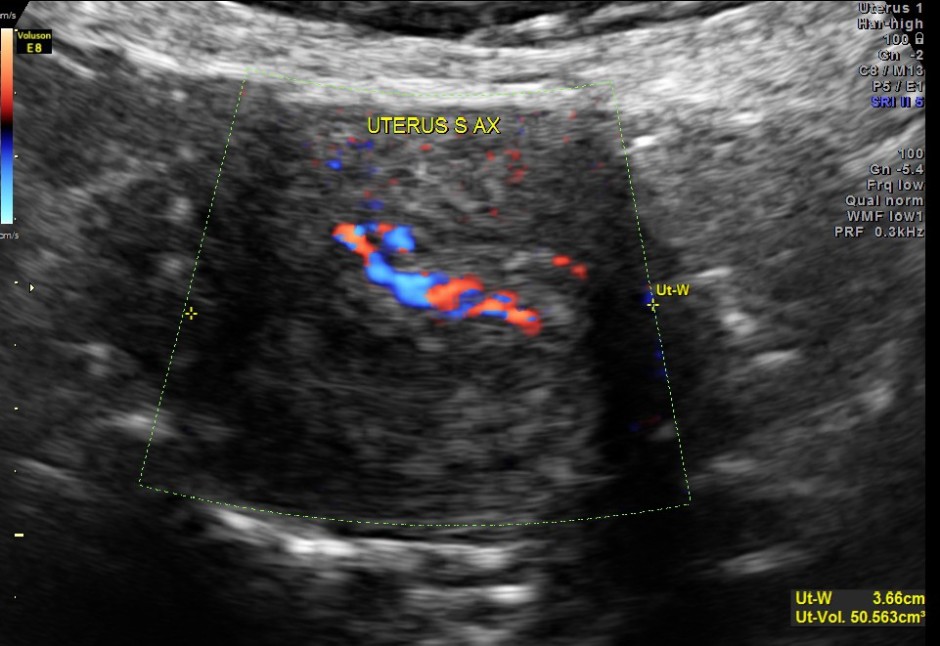 The ovaries were normal in appearance.

This patient went for a consultation with her gynaecologist and oncologist . She was reassured and leucorrhoea disappeared after treatment for vaginal infection.

It would be useful to remember that the endometrial thickness upto 8 mms can be considered as normal in post menopausal women on Tablet Tamoxifen.

In women on hormone therapy studies have shown a normal range from 5.4 to 10.8 mm.

In post menopausal breast cancer patients being treated with tamoxifen endometrial thickness was considered normal when less than 8 mm.

The finding of asymptomatic endometrial thickening on ultrasound presents a clinical management dilemma and is a frequent reason for referral by family physicians. Concern is raised when an endometrium of > 5 mm is discovered during an ultrasound examination, often one that is undertaken for non-gynaecologic reasons.

Tamoxifen is a non-steroidal “anti-oestrogen” that binds to the oestrogen receptor. It can however also act as an estrogen agonist in a low oestradial environment. The agonist properties can affect the endometrium.

Tamoxifen may cause the endometrium to appear thickened, irregular, and cystic. They tend to be subendometrial in location and cause subendometrial cysts that can be demonstrated at ultrasound.

Most patients tend to have a multiplicity of findings being difficult to assign a single sonographic feature to a single pathologic entity. According to one study ~50% of sonograms in those on Tamoxifen revealed an endometrial thickness of 8 mm or more.

It has also been reported that the degree of endometrial thickening corresponds to the duration of tamoxifen therapy.

The following links are very useful.