This 29-year-old lady was being investigated for heavy intermenstrual bleeding during her last cycle. She has 2 children. The last child birth was 4 years ago. She gave history of one medical termination of pregnancy between the two children.

The uterus in 2 D is shown below.

Volume contrast imaging pictures are given below: 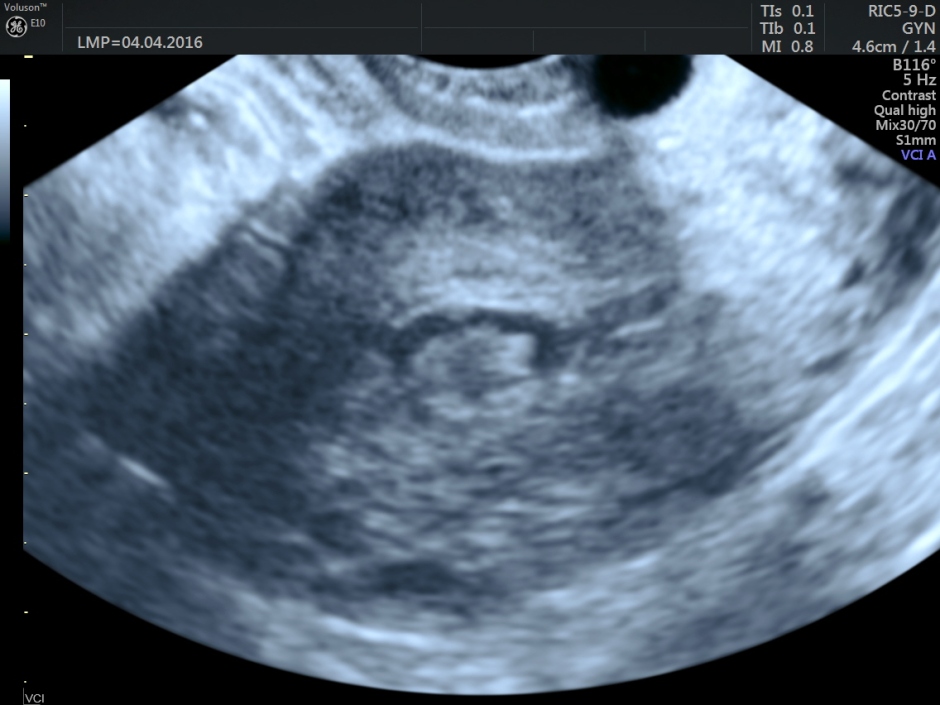 Colour and Power Doppler images are given below.

Increased vascularity is seen in the posterior aspect

Power Doppler reconstruction images of trans-abdominal scan are given below

The following are the different sections of the Power Doppler reconstruction images of the trans-vaginal scan. 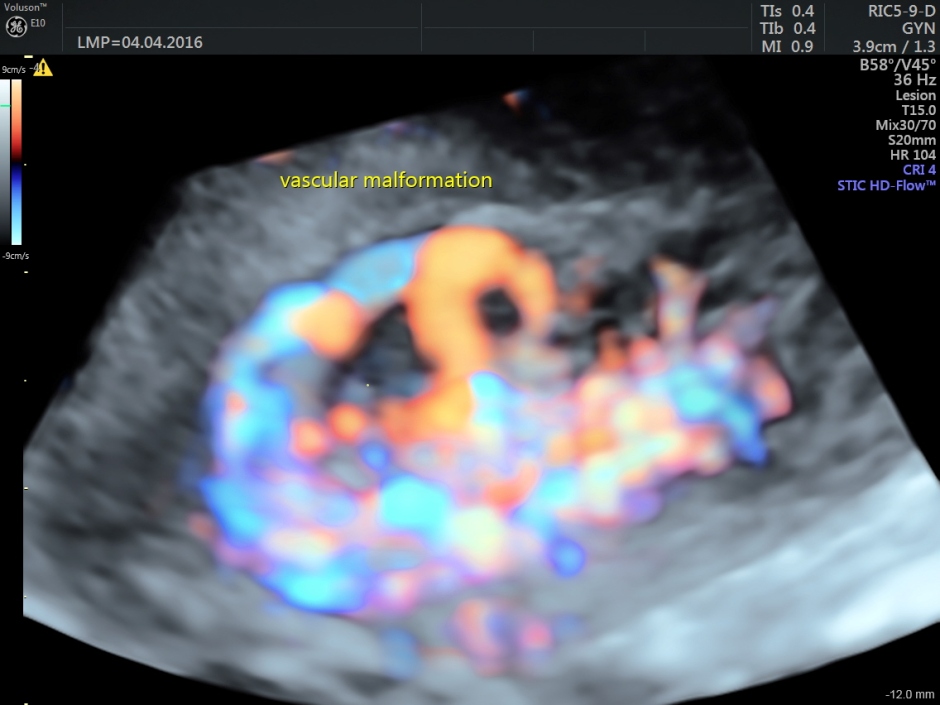 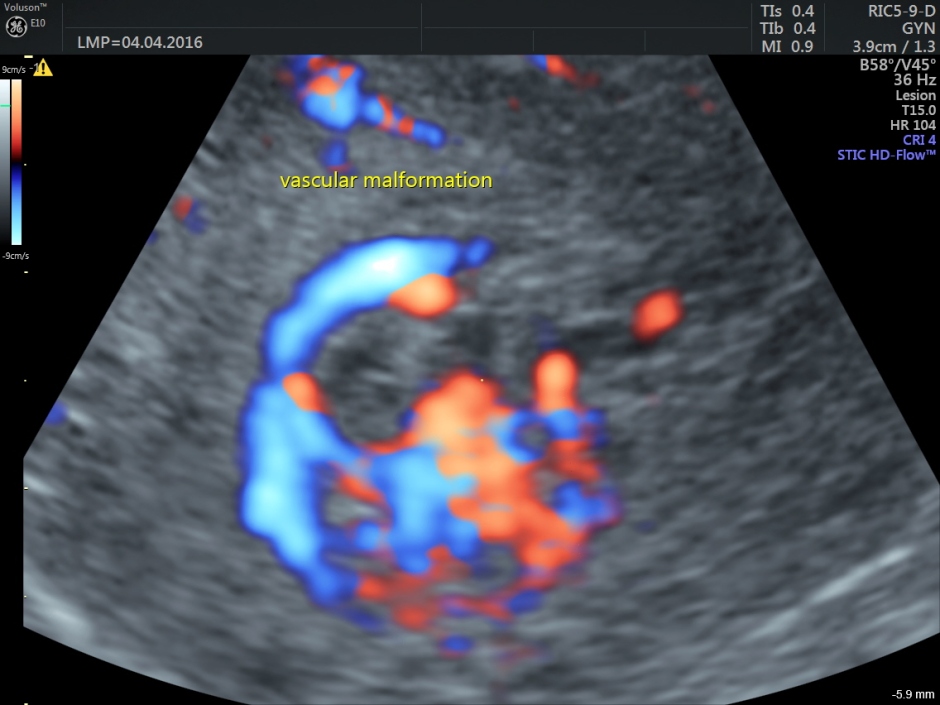 The following are the reconstructed 3D Power Doppler images.

For comparison a 2 d image is given below.

The ultrasound diagnosis was a vascular malformation in the uterus .She was referred to an interventional radiologist,who did a CECT the next day.

The Contrast Enhanced CT scan pictures are given below.

This was reported as Arterio Venous Malformation, with arterial supply from both the uterine arteries and the venous drainage into the right ovarian vein.

She has been advised embolization treatment of both uterine arteries.

The following is excerpts from the above:

Uterine arteriovenous malformations (UAVM) result from formation of multiple arteriovenous fistulous communications within the uterus without an intervening capillary network.

Presentation can vary. UAVMs can cause life-threatening massive bleeding in young women. Bleeding is the major presenting symptom in AVMs. As these malformations are less common after menopause, post-menopausal bleeding is rarely seen.

Acquired UAVMs disease are associated with conditions such as :

Gray-scale sonographic appearances can be non-specific and can have a range of manifestations including areas of subtle myometrial inhomogeneity, tubular spaces within the myometrium, a intramural uterine, endometrial or cervical mass like region or sometimes as prominent parametrial vessels . The extent of mass is effect is however minimal.

Dilatation and Curettage should be avoided as it may lead to catastrophic bleeding.

Endovaginal sonography is the imaging modality of choice in patients with abnormal uterine bleeding.

Routine use of color and spectral Doppler sonography allows one to confidently make the correct diagnosis.

Endovaginal sonography should be used to monitor postembolization outcomes.