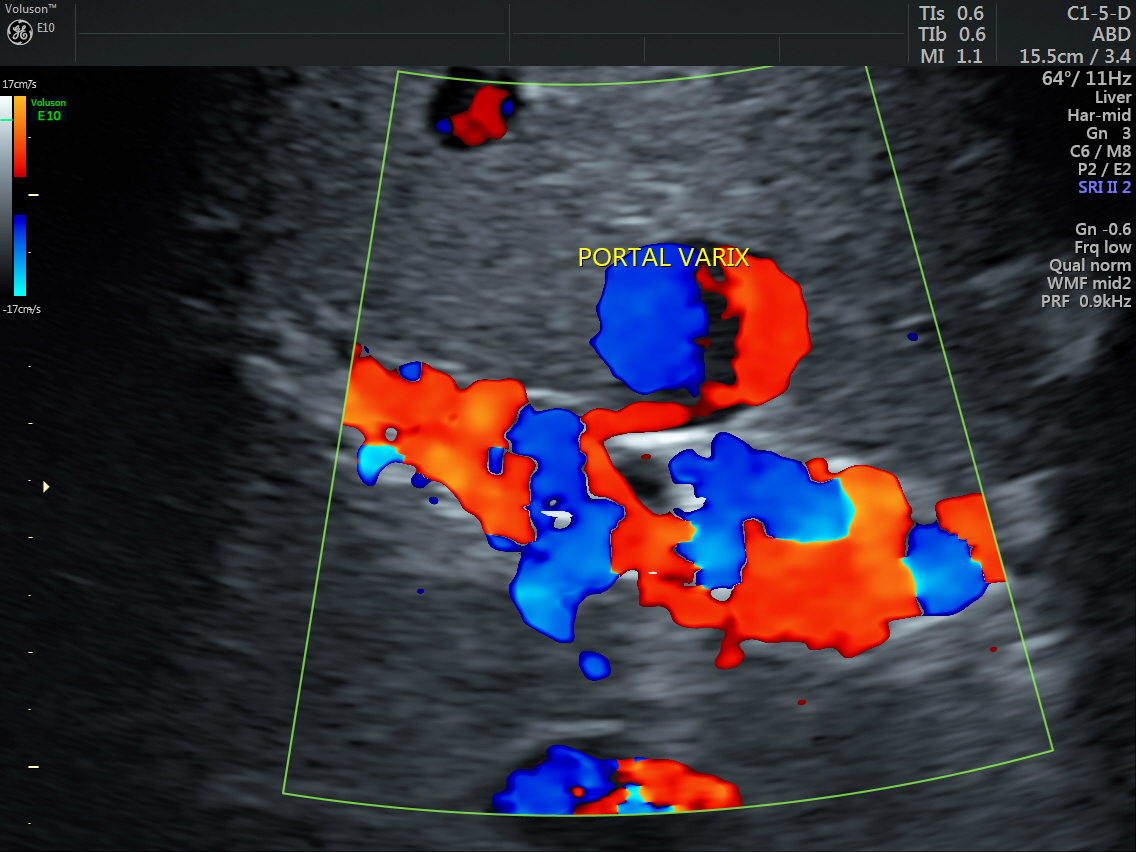 This was a 32-year-old woman, who was being evaluated for right upper quadrant pain.

Gall bladder appeared to be normal 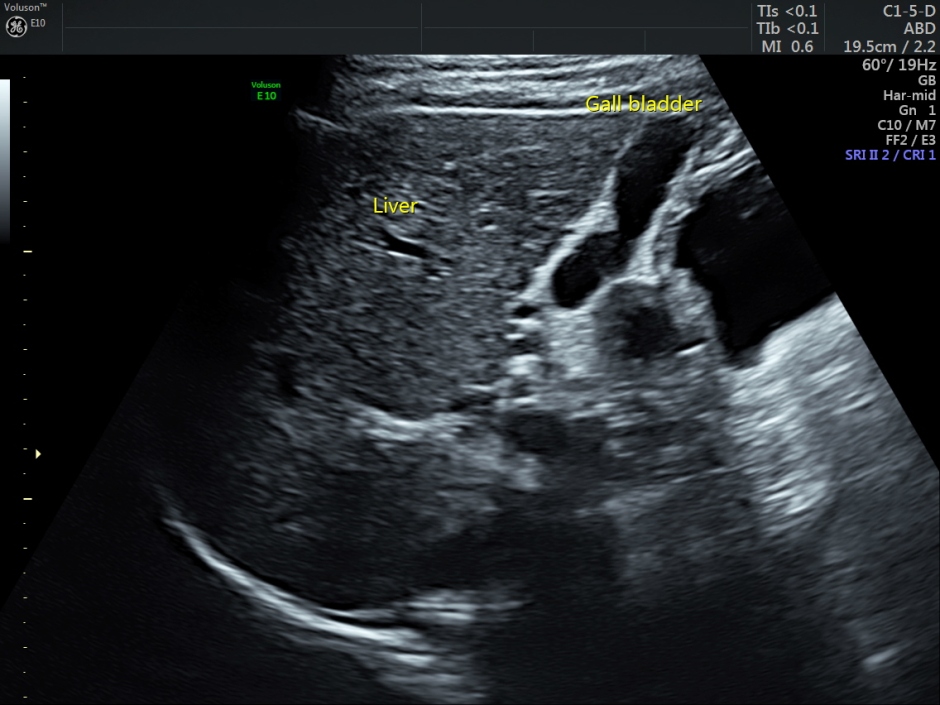 Pancreas also appeared to be normal 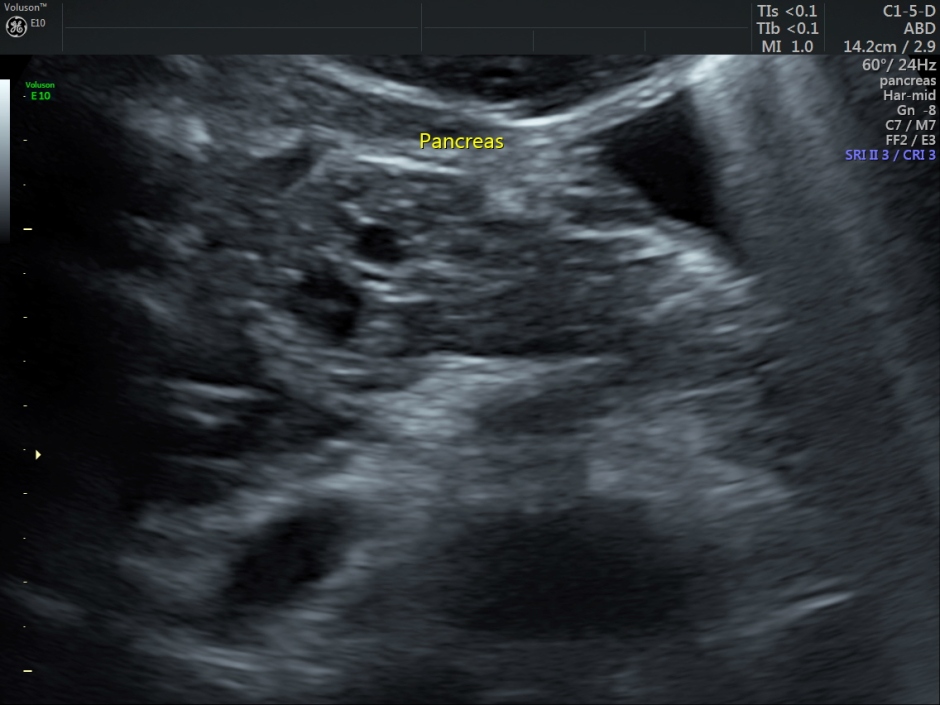 A prominent globular vascular structure of size 1.71 + 1.28 cms was seen in the right lobe. 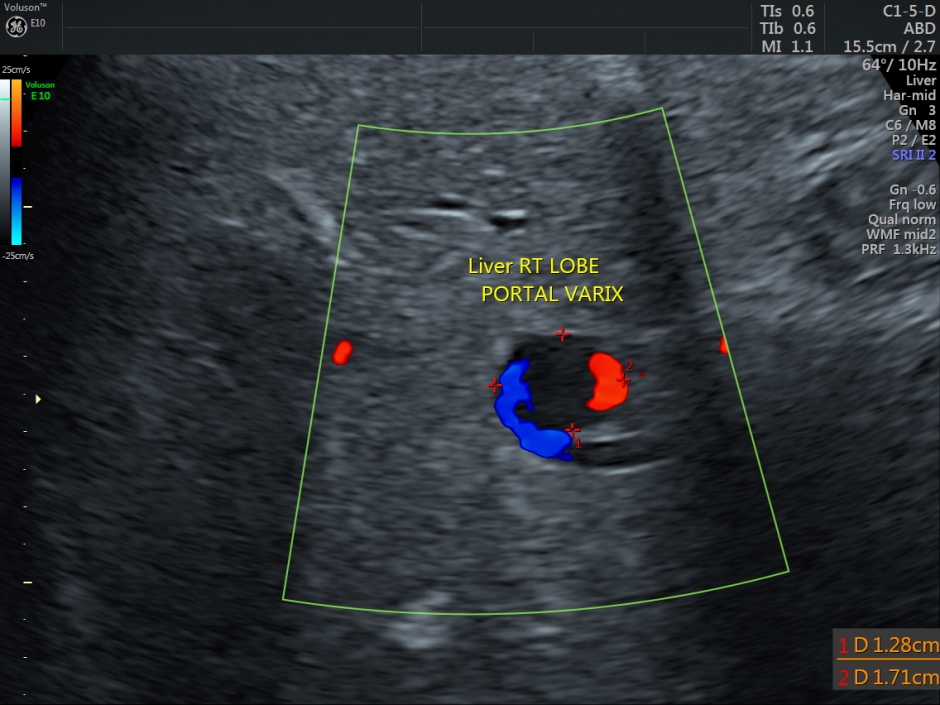 The red globular structure seen in colour flow was striking. 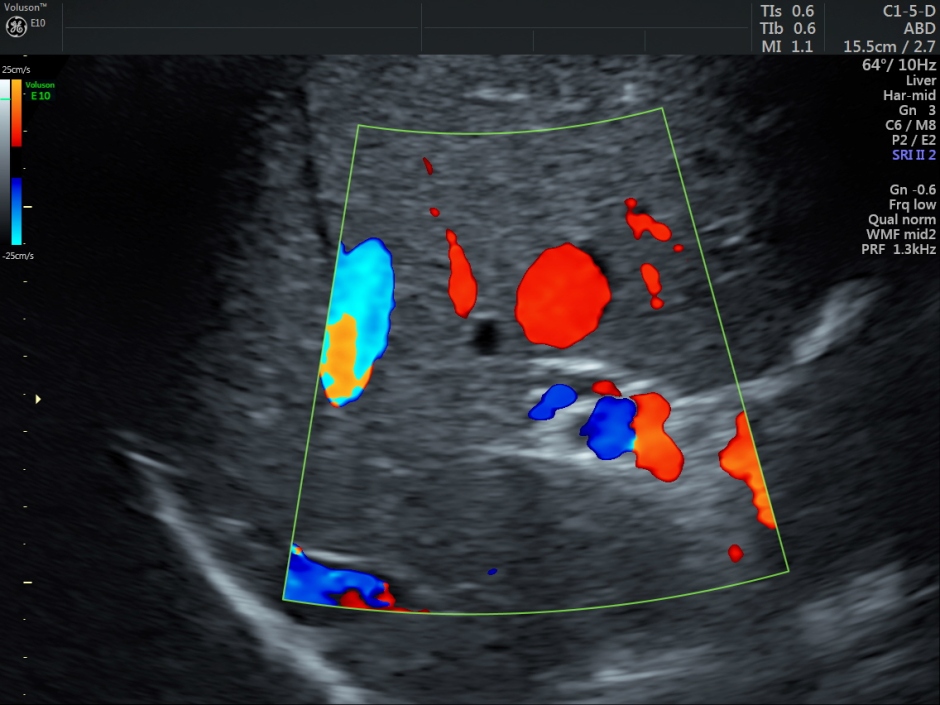 A small feeding vessel leading from the portal vein entering the vascular structure is seen. 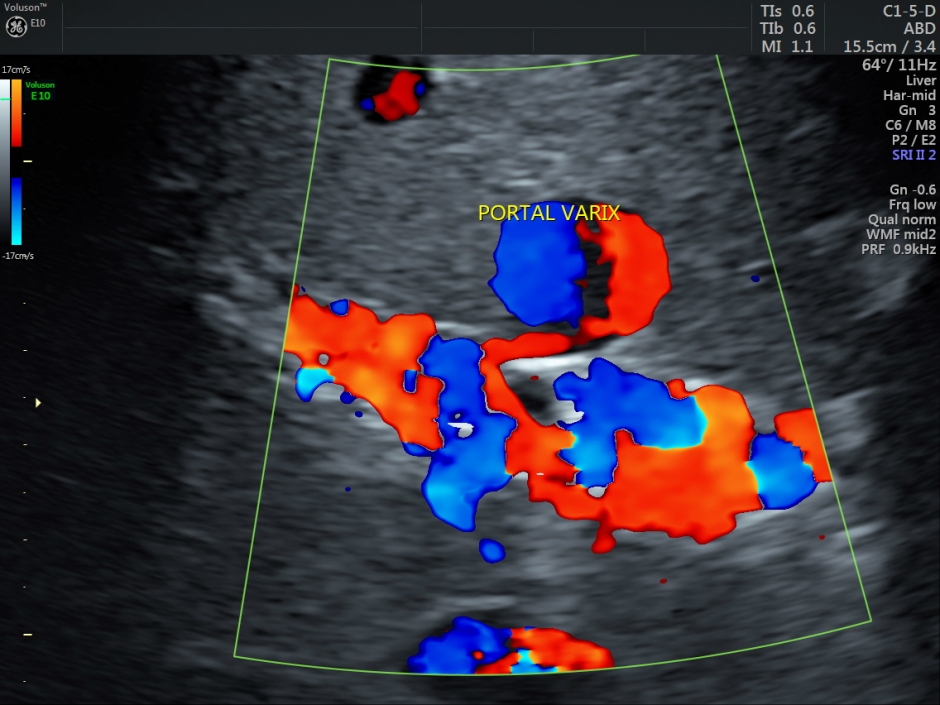 The venous flow is established by power doppler in the following pictures. 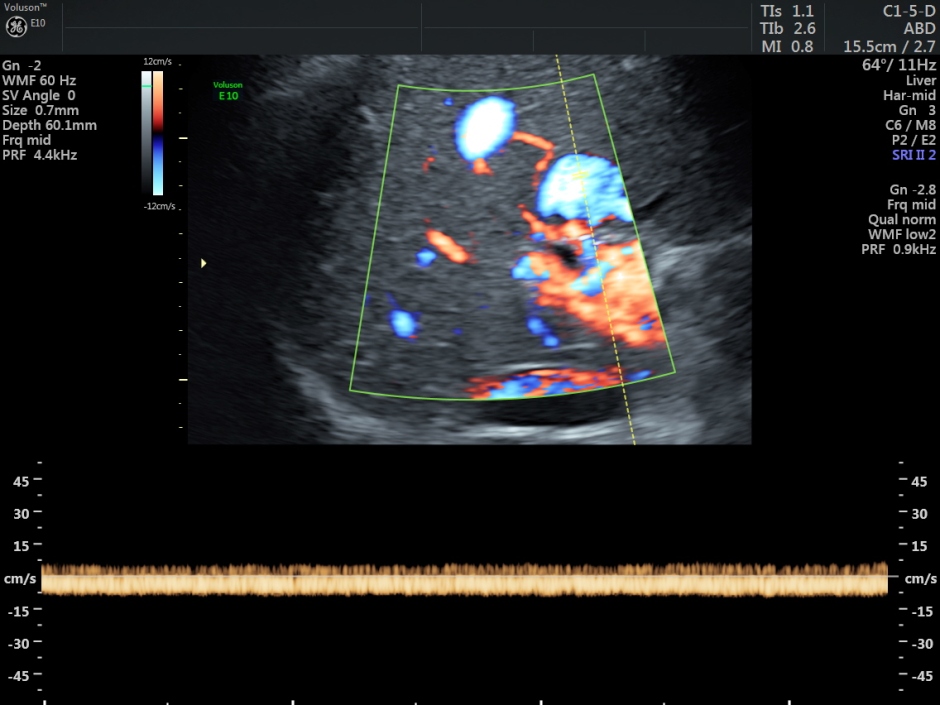 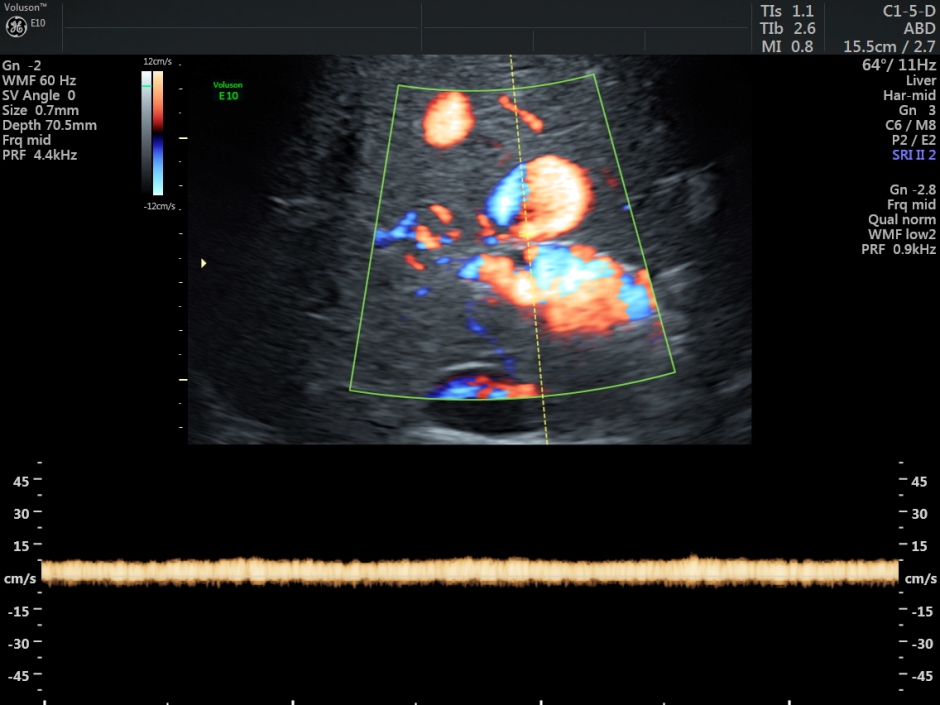 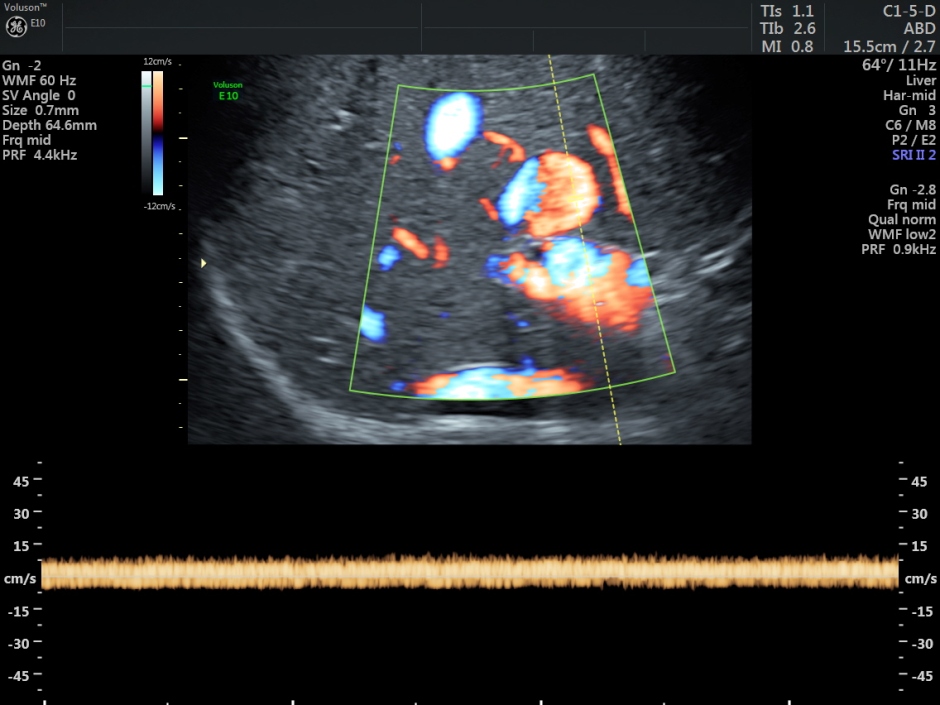 Reconstructed images show the feeding vessel and a vessel leaving the vascular structure. 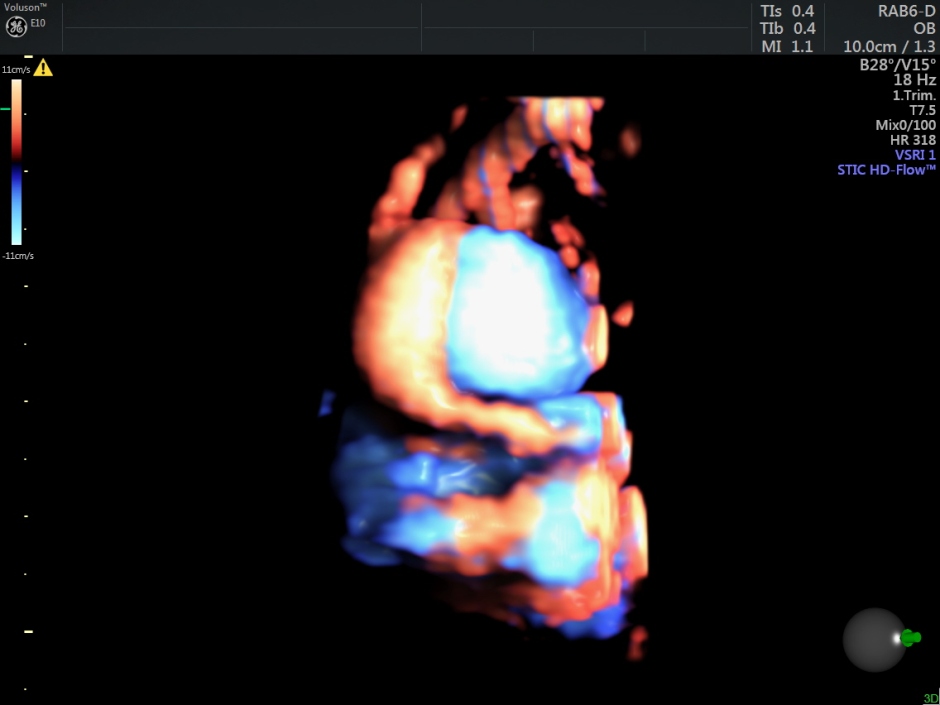 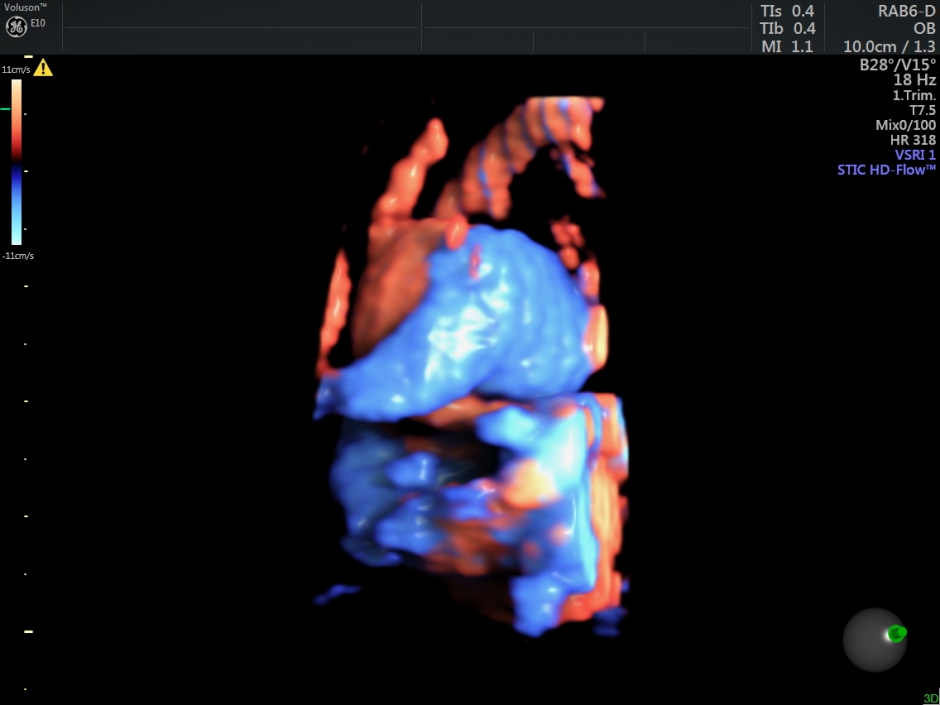 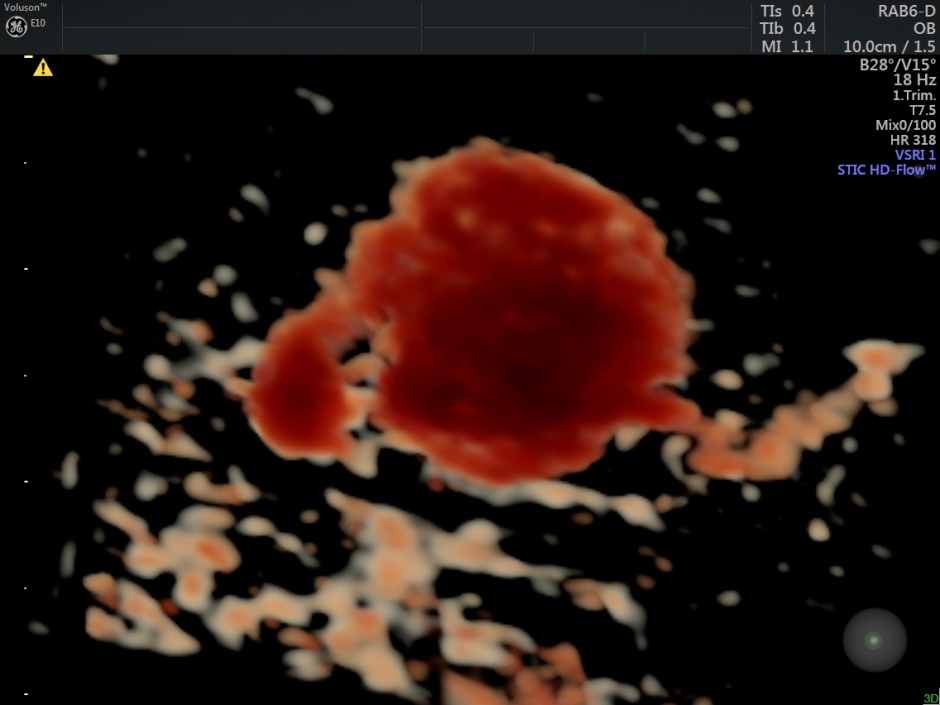 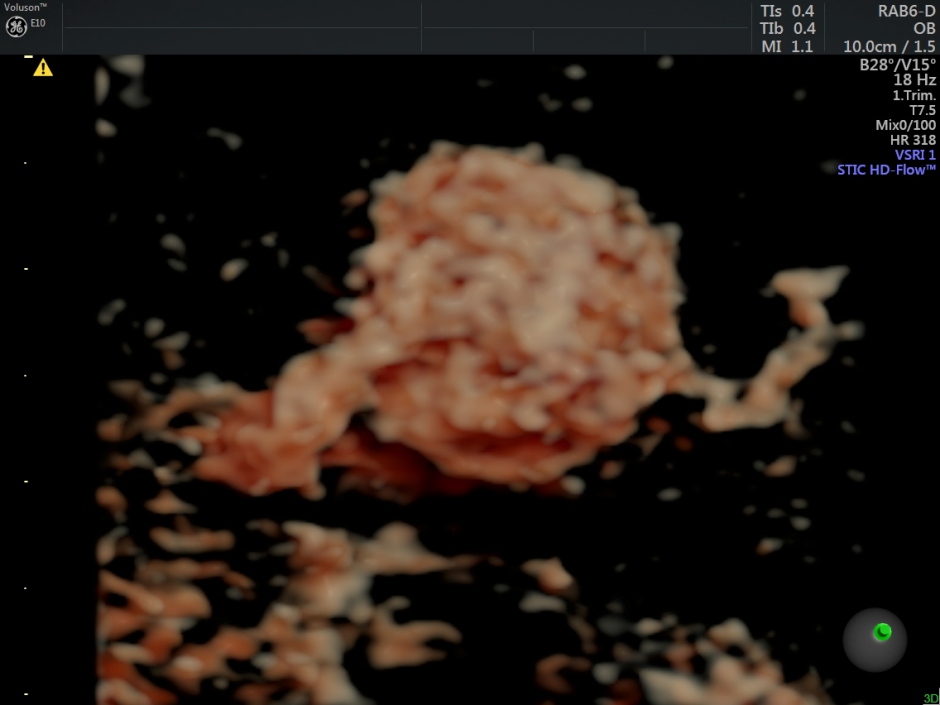 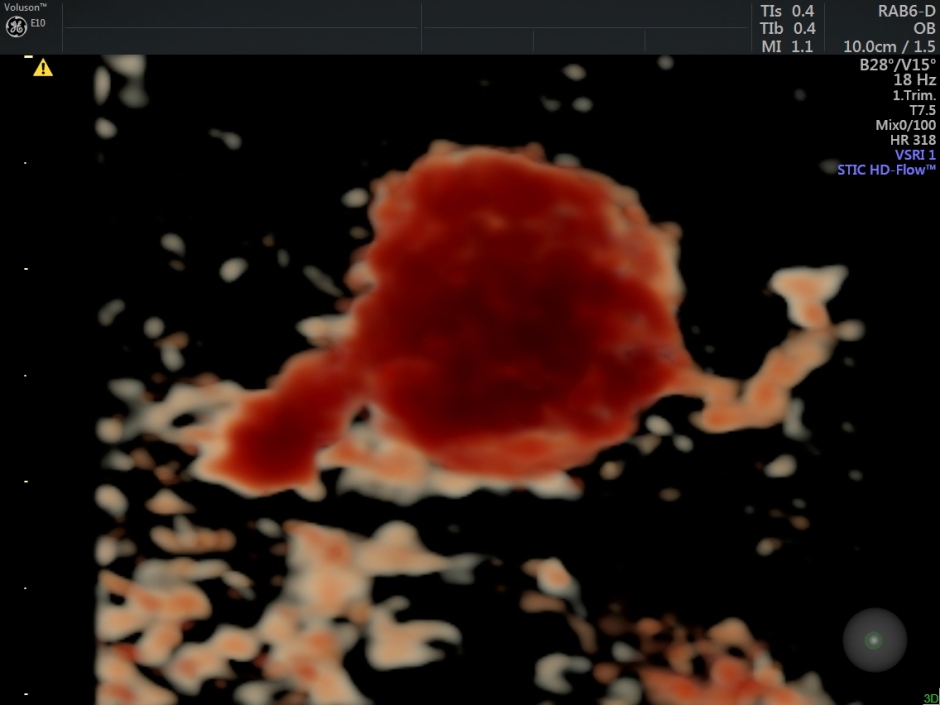 This patient was being evaluated for Right upper quadrant pain. Apart from the vascular structure mentioned , there was no other finding in the abdominal scan.

Her Upper G.I.Endoscopy done the next day was reported as normal. No esophageal or gastric varices were made out. Her complete blood count,Liver function tests, Bleeding time and Clotting time were normal.

I thought this could be a varix.

Medical Definition of varix from Merriam-webster.com

D.D. that I thought of later was Portal Venous System Aneurysms

The following is from the above article .

The prevalence of portal venous system aneurysm among 4,186 consecutive patients was 0.43%.

There were no differences with respect to patient age, patient sex, and intrahepatic or extrahepatic location of an aneurysm between those with and those without portal venous system aneurysm.

Any focal saccular or fusiform dilatation of the portal venous system that was 21 mm or larger in diameter, including the bifurcation of the main portal vein, was accepted as diagnostic for an extrahepatic portal venous system aneurysm . For intrahepatic portal vein branches, any vein larger than 9 mm in diameter that was significantly larger than the remaining segments of the same vein was considered an aneurysm .

In this patient, the focal saccular dilatation measured 1.71 cms and this could have been a portal venous aneurysm.

No associated findings were made out. The gastroenterologist surgeon advised follow-up after 6 months.

6 thoughts on “VASCULAR MALFORMATION IN THE LIVER”