This case stresses the different varieties of presentation of placentomegaly , IUGR and doppler studies. Kindly go through last week’s case  to appreciate the differences.

She came for a  scan around 29 to 30 weeks of gestation . She had pregnancy induced hypertension  detected 1 week ago .She had no history of hypertension during the earlier pregnancy , when the fetal loss had occurred after 3 months.

Her earlier scan done elsewhere  2 months before was reported as normal .

She had a thick placenta , but appears homogenous.

AFI appeared to be normal. 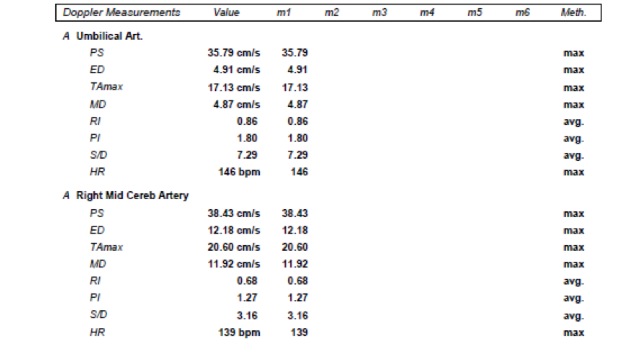 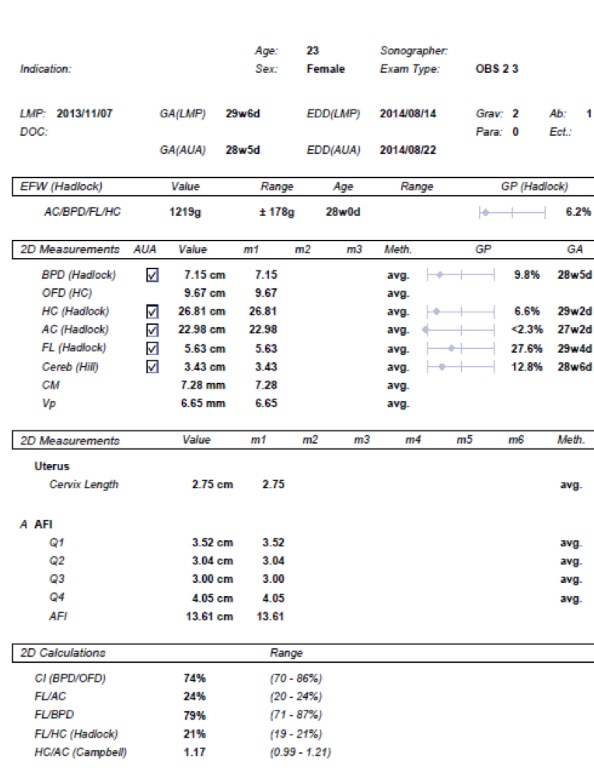 This patient was referred by her obstetrician to an institution for further management.

Pulsatility index of the middle cerebral artery in normal fetuses –

Changes observed in Doppler studies of the fetal circulation in pregnancies complicated by pre-eclampsia or the delivery of a small-for-gestational-age baby. I. Cross-sectional analysis.

Harrington K1, Carpenter RG, Nguyen M, Campbell S.
http://www.ncbi.nlm.nih.gov/pubmed/8528796
Fetal Doppler indices, in particular ratios that include measurements obtained from the cerebral circulation, help in the recognition of the small fetus that is growth-retarded. At term, evidence of fetal hemodynamic redistribution may exist in the presence of a normal umbilical artery PI. Fetal Doppler indices provide information that is not readily obtained from more conventional tests of fetal well-being.