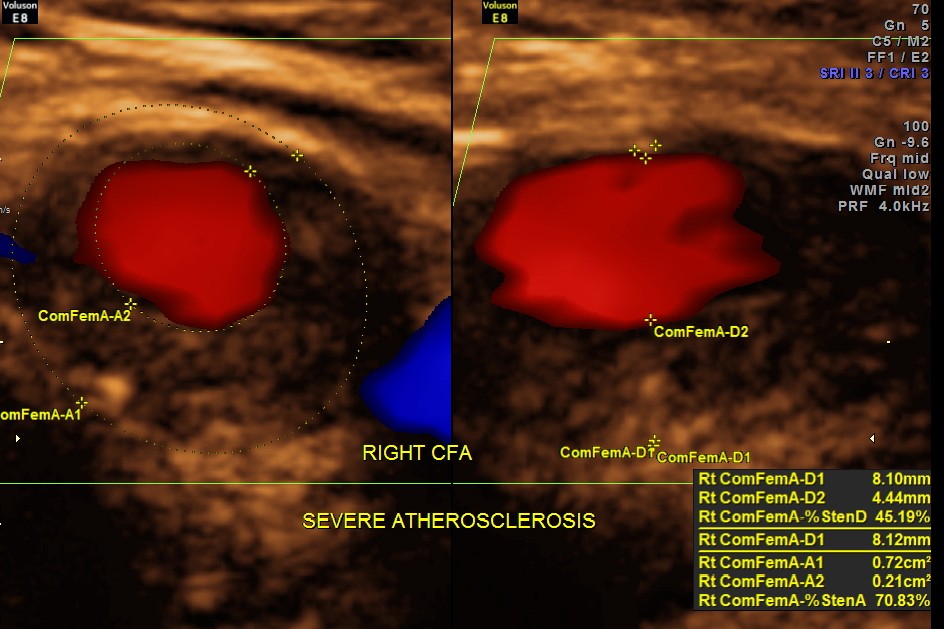 This was a 55-year-old gentleman , a known case of  T2DM , Systemic Hypertension, Coronary arterial heart disease with history of C.A.B.G. 5 years ago. He also had a congenital disease of hip joints and used to walk with a slight limp. He was getting pain in  both thigh regions , more on the right side , over the past 6 months. His pain increased on walking . He consulted his orthopaedic surgeon , who told him that after appropriate investigations he might need surgical correction for his long-standing hip disease. Of late his pain was increasing even with mild exertion and was extending to the legs also. As I had known him for a long time he came to me for a second opinion . I felt his symptoms were due to a vascular insufficiency and advised him a doppler study of the lower limb arteries.

The following pictures were obtained . 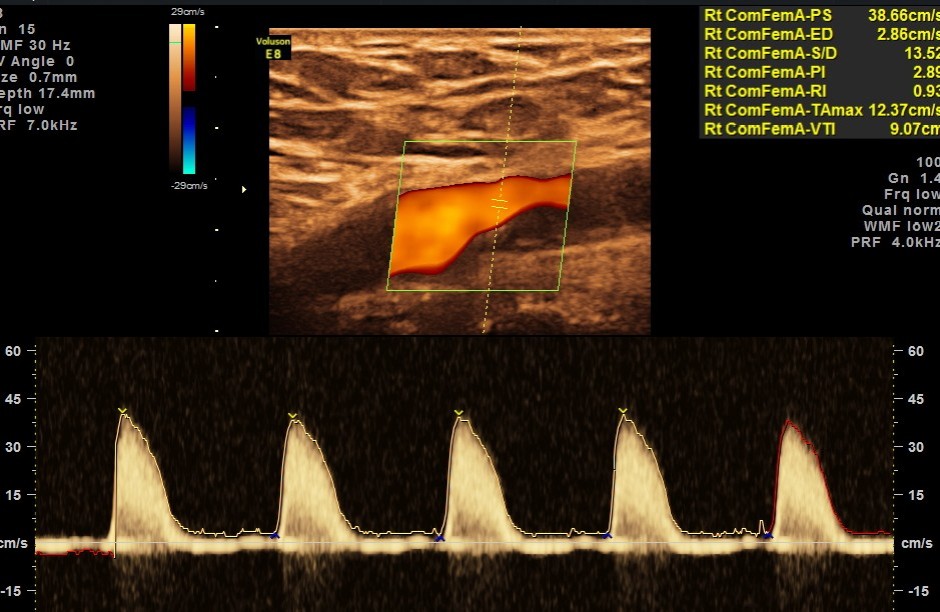 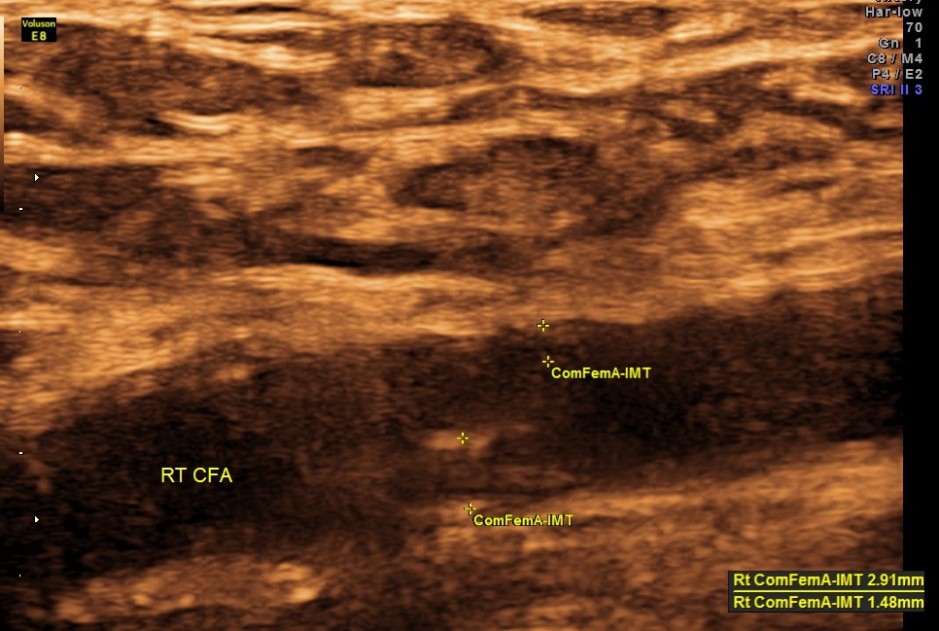 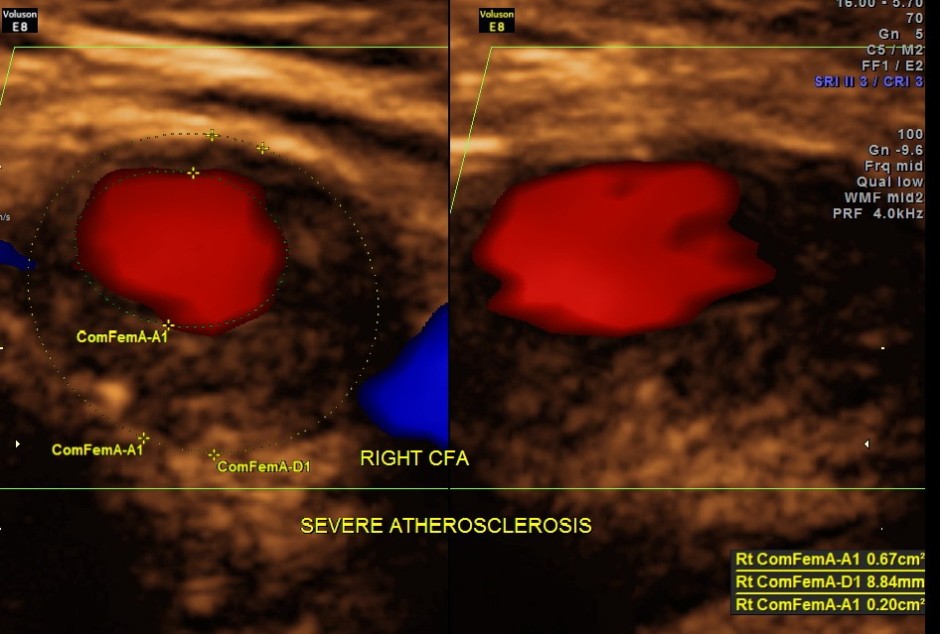 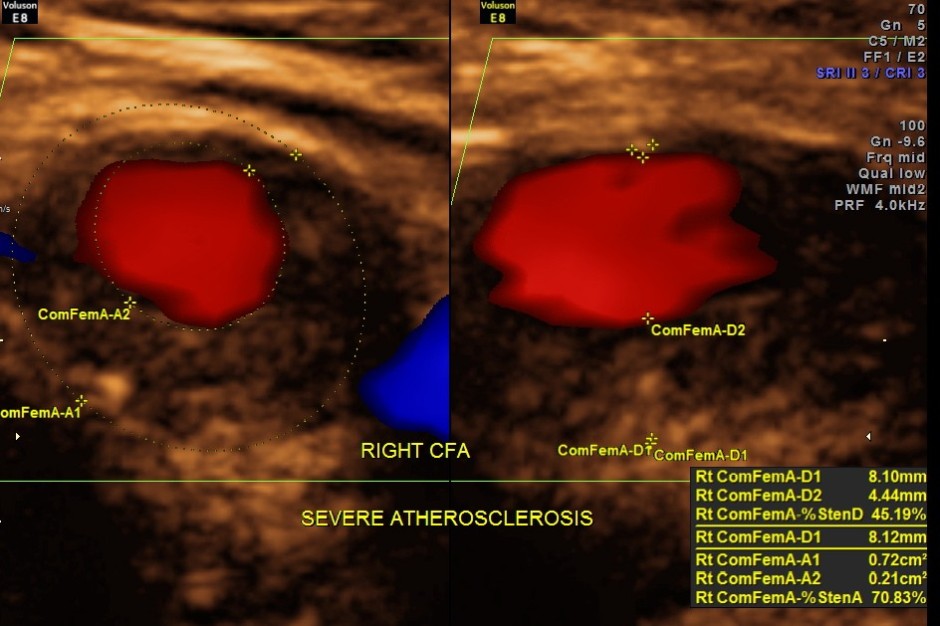 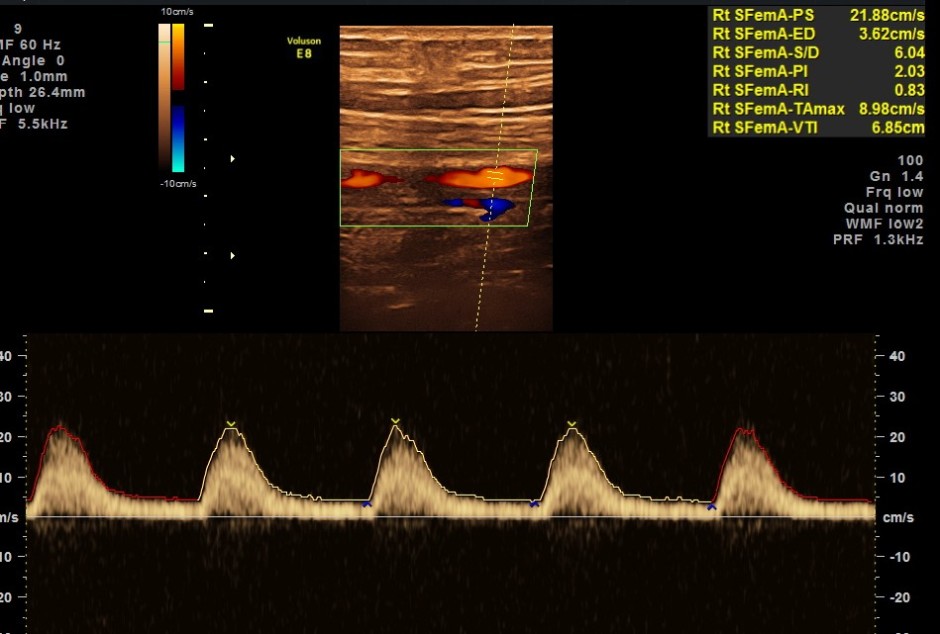 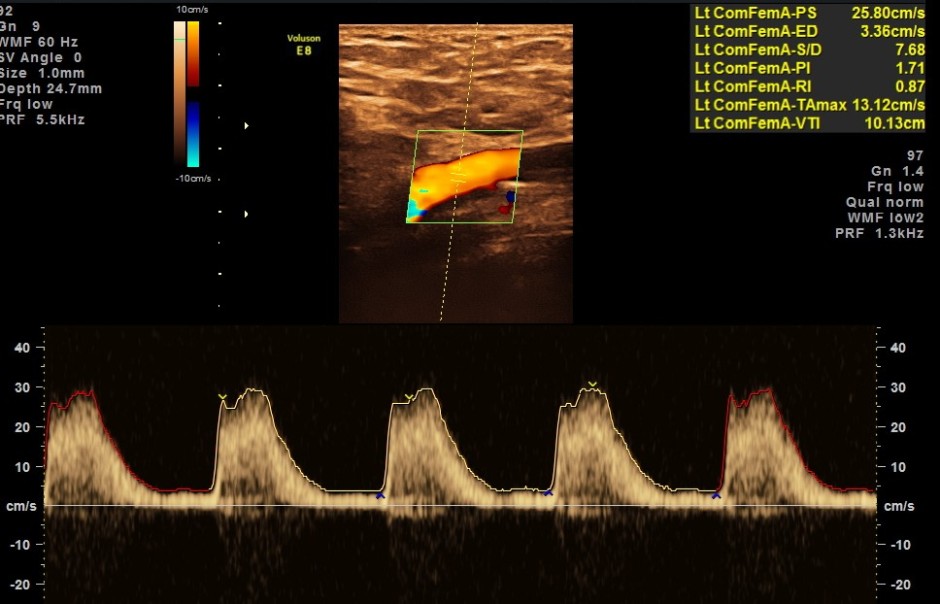 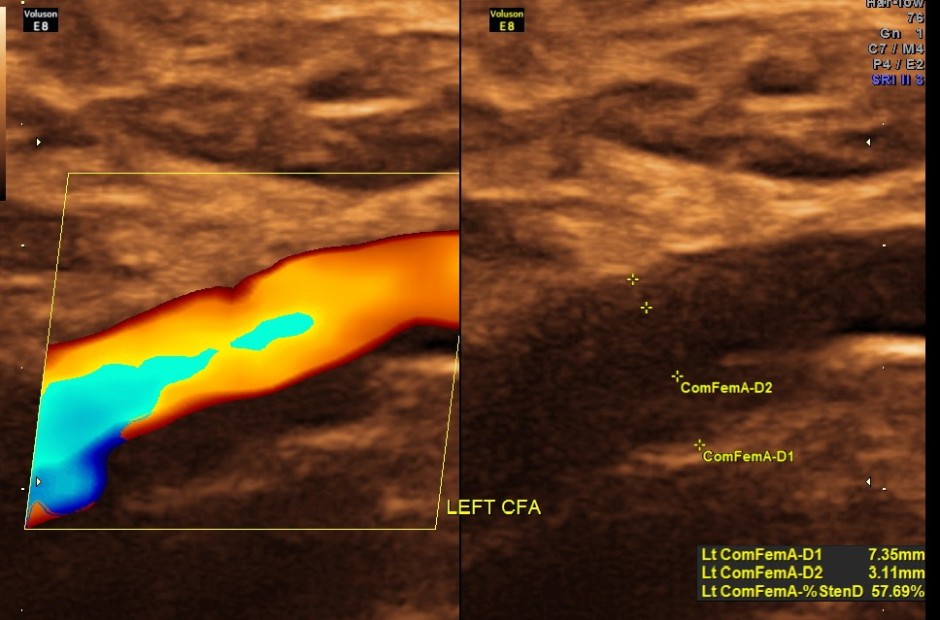 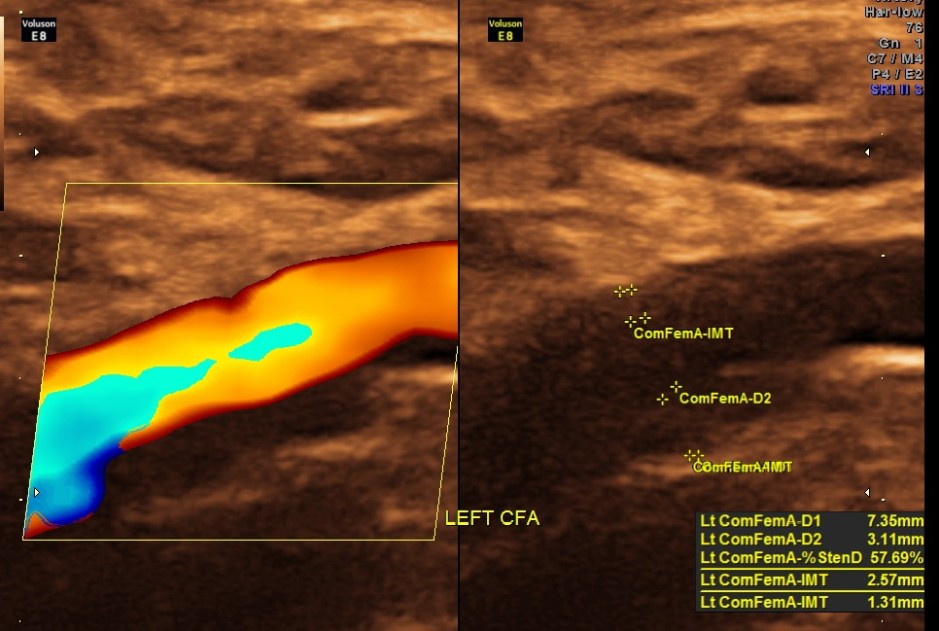 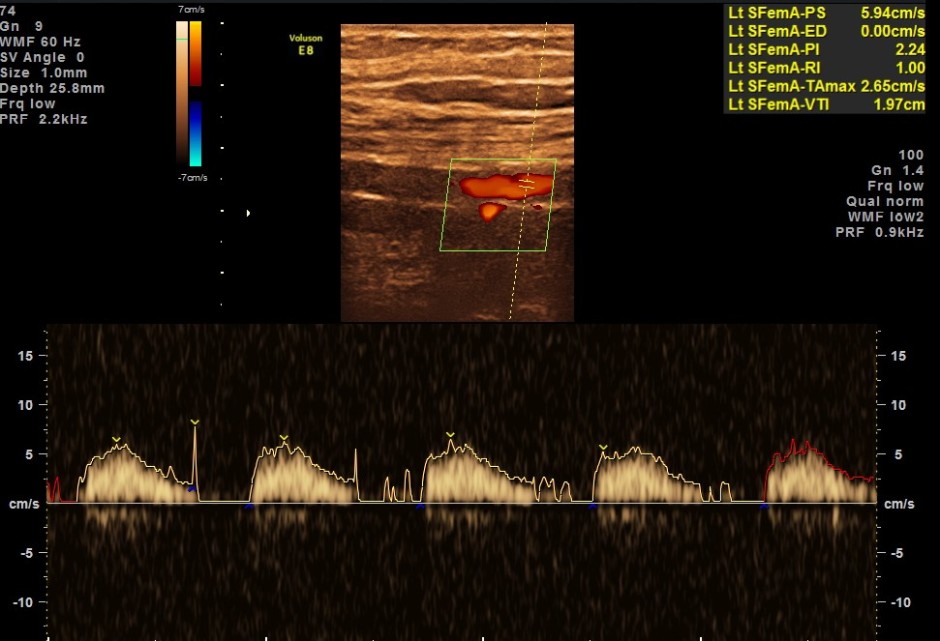 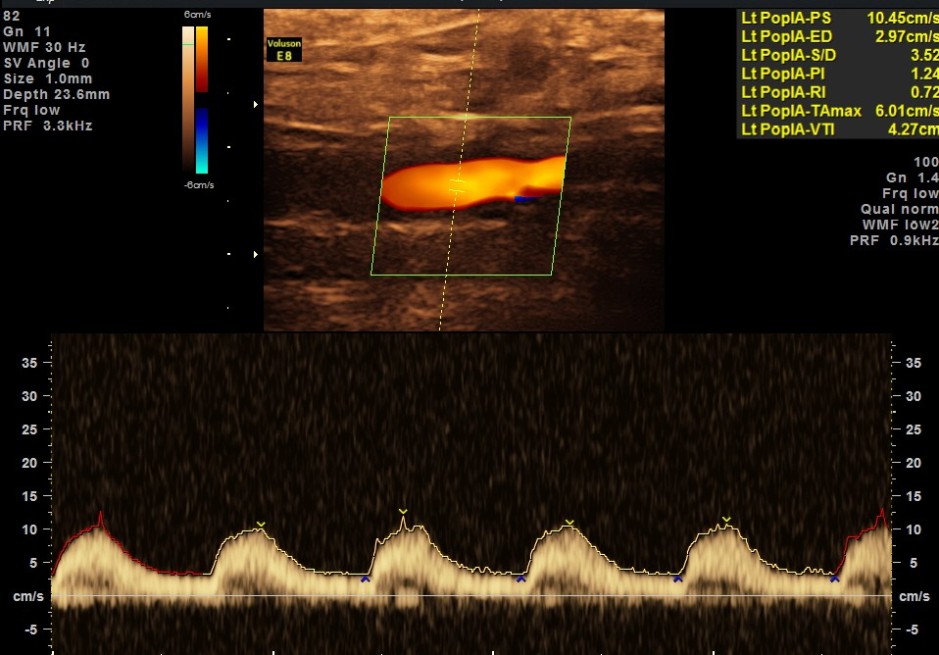 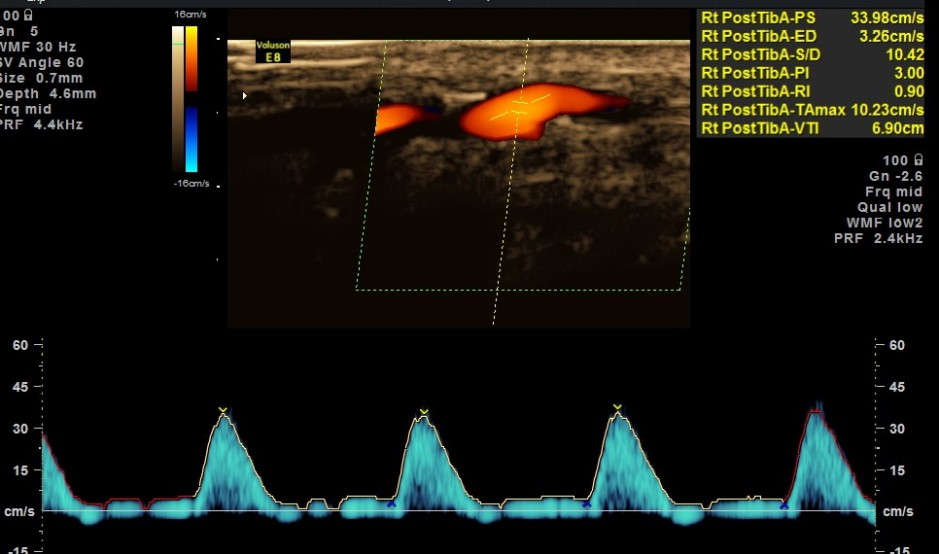 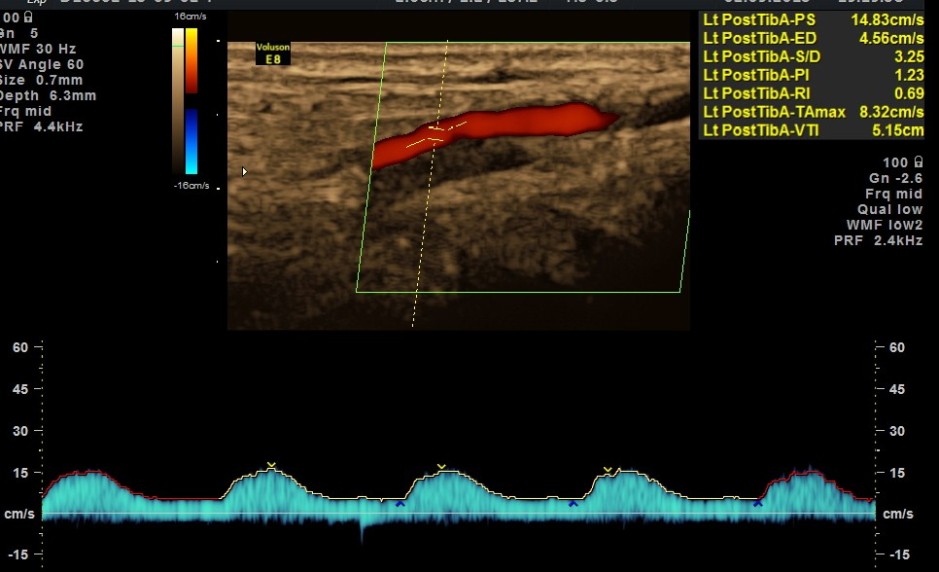 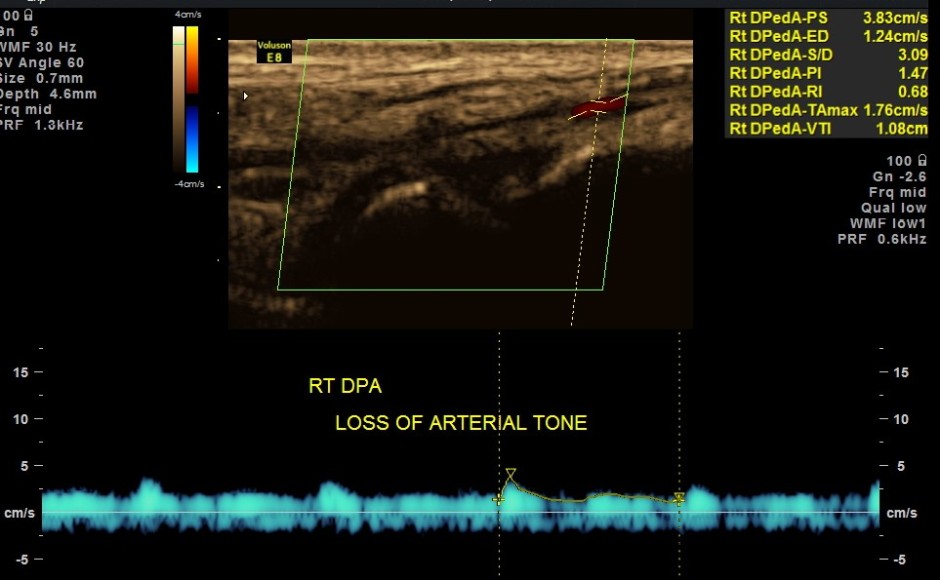 EXTENSIVE ATHEROSCLEROTIC OBSTRUCTIVE DISEASE OF THE LOWER LIMB ARTERIES WAS SEEN WITH THE CHANGES IN THE RIGHT COMMON FEMORAL ARTERY BEING MORE THAN THE LEFT CFA.

A vascular surgeon’s consultation was sought . Subsequently PTA ( percutaneous transluminal angioplasty ) with stent was done at the common femoral level and superficial femoral level on both sides. The patient is doing well subsequently.